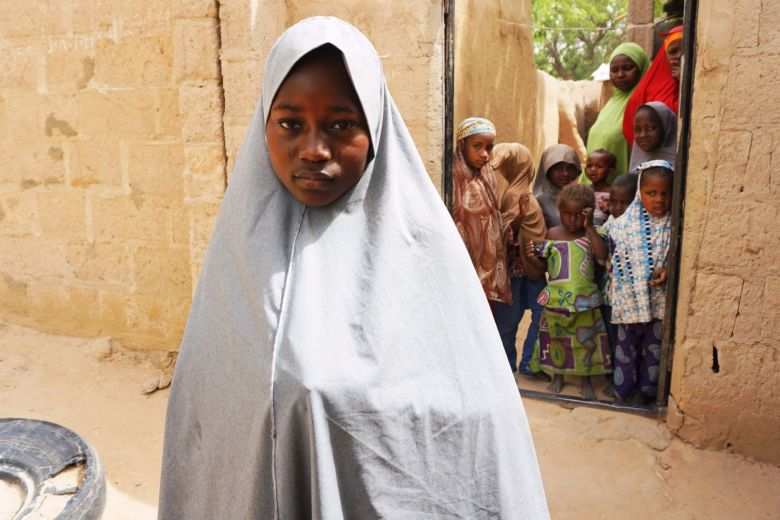 More than 100 girls are reported missing after a Boko Haram school attack in northeast Nigeria this week that President Muhammadu Buhari on Friday called a “national disaster”.

But locals in the remote town of Dapchi, in Yobe state, said they had been left vulnerable to attack because soldiers had been withdrawn in the last few weeks.

Nigeria’s government has been scrambling to contain a growing crisis that has revived memories of the 2014 mass abduction of more than 200 schoolgirls from Chibok that shocked the world.

The attack has also raised questions about the military’s repeated claims that the Islamist militants are on the verge of defeat, after nearly nine years of bitter fighting.

The authorities initially denied that any student had been kidnapped but fears have grown all week that they may have been seized, as dozens of girls failed to return home.

Bashir Manzo, whose 16-year-old daughter, Fatima, is among the missing, said parents had set up their own support group to push for answers — and secure the release of their children.

“Our first step was to compile a comprehensive list of all the missing girls. So far, we have compiled the names of 105,” he told AFP.

Hopes were raised on Wednesday evening, when the spokesman for Yobe state governor Ibrahim Gaidam appeared to confirm the abduction and said “some” of the girls had been rescued.

But Gaidam on Thursday questioned whether there had been an abduction at all, while his spokesman apologised and said they had been “misled” with inaccurate information.

Former military ruler Buhari was elected in 2015 on a promise to defeat Boko Haram, after the jihadists grew in strength under his predecessor, Goodluck Jonathan.

Jonathan was lambasted for his tardy response to the Chibok abduction, which saw 276 girls from the town in Borno state taken in the dead of night.

In his first expanded comments on Dapchi, Buhari said: “This is a national disaster. We are sorry that this could have happened.

“We pray that our gallant armed forces will locate and safely return your missing family members.

“Our government is sending more troops and surveillance aircraft to keep an eye on all movements in the entire territory on a 24-hour basis, in the hope that all the missing girls will be found.”

A teacher at the school, Amsani Alilawan, said there were soldiers in Dapchi until last month but they were then redeployed.

“One month back, they carry (take away) all soldiers, they transferred them to another side, they leave us without security,” he said.

When the attack happened “there was no soldier in the town”, he added. “We had policemen but they ran to the bush.”

Mohammed Adam, whose two younger sisters are missing, said before Monday’s attack “there was almost no security inside Dapchi because there have been no other incidents.

“No soldiers were in the town for over one month,” he added.

“The town is now in a very crazy condition because most of the parents are still going back to the school and crying for their loved ones.”

The attack in Dapchi has again raised questions about Nigeria’s ability to secure hard-to-reach rural areas and its grip on security in the unforgiving, semi-desert region.

Nigeria’s defence spokesman John Agim denied that troops were withdrawn from the town.

“The location where the soldiers are stationed is between 30 to 40 kilometres (19-25 miles) from the school,” he said.

“When they heard about it, by the time they moved in, this thing had already happened.”

Schools, particularly those with a secular curriculum, have been targeted by Boko Haram, whose name roughly translates from Hausa as “Western education is forbidden”.

But Agim said troops cannot protect every school in the northeast.

“It is not possible that we can man schools. The other security apparatus can do that,” he said.

Boko Haram’s quest to establish a hardline Islamic state in northeast Nigeria has left at least 20,000 dead and made more than 2.6 million others homeless since 2009.

The jihadists have increasingly turned to kidnapping for ransom as a way to finance their operations and win back key commanders in prisoner swaps with the Nigerian government.

In Ghana, Pregnant Women Are Taking Pills To Bleach Their Unborn Babies Skin