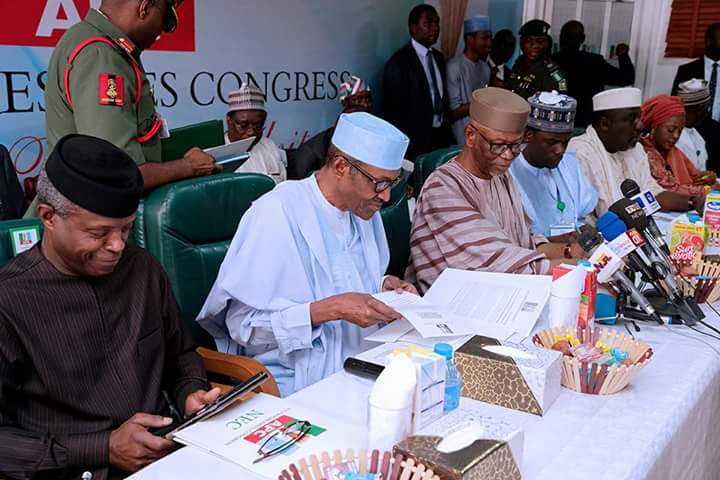 The Centre for Anti-Corruption and Open Leadership said on Thursday that Nigerians asking President Muhammadu Buhari not to contest in 2019 are those “feeling the heat” of his anti-graft fight.

Chairman of the centre, Mr. Debo Adeniran, made the remark in an interview with the News Agency of Nigeria in Lagos, insisting that the voices of such people are loudest in discrediting the President “because they know it is no more business as usual.’’

Adeniran said Buhari had acquitted himself remarkably well in the fight against corruption, “leaving no breathing space for treasury looters.’’

According to him, the recent “cacophony of voices” condemning all that the current administration has done is “proof of corruption fighting back.”

“When you fight corruption, corruption fights back. Some of the recent voices condemning the president and asking him not to seek re-election are not honest in their assessment of his administration.

“These people are not comfortable with the heat of the anti-corruption war, because it is affecting them.

“They know things will continue to be difficult for them with Buhari in power because of their corrupt ways.

“That is why they do not want him to finish his first term, let alone wanting him to get a second term,’’ he said.

Adeniran added that the recent naming of Buhari as “Anti -Corruption Champion in Africa” by the African Union attested to the strides of his administration in the anti-graft war.

He said the honour had vindicated CACOL and others which had endured scathing criticisms for supporting the anti-corruption war of the Federal Government.

The CACOL chairman expressed optimism that the award would add impetus to the fight and encourage the president to do more.