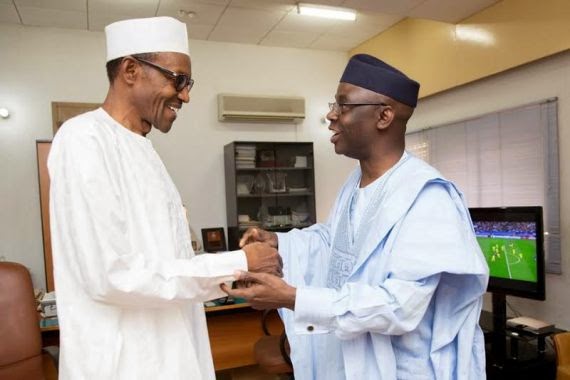 Tunde Bakare, senior pastor of the Latter Rain Assembly, says he hopes he is not forced to do a follow-up video of a side of President Muhammadu Buhari that “he does not know”.

He had described the president as “a great personality, unique and quintessential”.

But speaking on Sunday Politics, a programme on Channels Television, Bakare said given the turn out of things, he might have to do another video, focusing on the version of his former running mate that is unknown to him.

“No matter how you look at it, this is not the government we all hoped for. This is not what we thought this government that promised change in the beginning would perform so woefully. Any right thinking Nigerian would agree with that,” Bakare said.

“You can blame the past administration but you knew what you were going into even if you didn’t know all of it. They could have done better than what they have done. They themselves know that.

“I once did a video; ‘the Buhari I know’. And I meant every word. I sincerely did that video. I hope I will not be pushed to do a video, ‘the Buhari I didn’t know’.

“So many things had happened that I couldn’t even figure out. You must know that I must have been pushed to the wall before I spoke.

“They have forgotten that I marched when I didn’t know Jonathan. I didn’t think it was time for me to march again so I didn’t bother to march.”

However, he praised the president for not denying him access but said some of the things he recommended in the past did not end up being implemented.

The pastor said he might be forced to reason along with those who claim a cabal has hijacked the presidency.

“I must give something to President Muhammadu Buhari, every time I had sought an opportunity to see him, he opened the door. And I had gone with different recommendations just as others have done,” he said.

“But, perhaps at implementation state, I did not know whether to believe the theory of a cabal or the wicked around the throne of the righteous. Because he alone cannot deliver all these things. A tree does not make a forest.

“The type of leader you are will determine the type of people you will attract to yourself.”

Asked if he felt Buhari was nepotic, as claimed by former President Olusegun Obasanjo, Bakare said, “I had no reason at a time with him to believe he was ever nepotic.

“Because he did say to me he will assemble the best and the brightest and the fittest; east, west, north and south of the country to fix this country.

“But when I read what Obasanjo wrote, and I read the list of key appointments made, you begin to think did they just put the thing on his table to sign or this is just what he did deliberately.