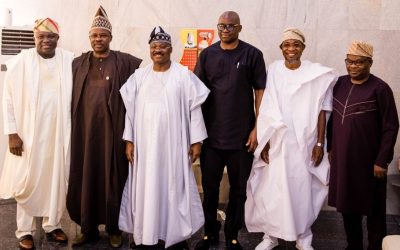 A former Nigerian president, Olusegun Obasanjo, is mobilising politicians and other Nigerians to sign on to his Coalition for Nigeria project, to oust President Muhammadu Buhari from office.

Many of those consulted by Mr. Obasanjo are said to have signed on to his elaborate plan for a mass movement away from the ruling All Progressives Congress (APC), and his former party, the Peoples Democratic Party (PDP), to “rescue” the country.

Mr. Obasanjo described the two parties as “wobbling” and unfit to run Nigeria.

On Tuesday, the former president issued a scathing public commentary on the Buhari administration, advising the president to take a “deserved rest” and urging Nigerians to vote him out should Mr. Buhari insist on running.

The Nigerian government on Wednesday responded to Mr. Obasanjo, outlining many achievements of the government.

But there is an untold story to the public rebuke.

PREMIUM TIMES Sources say that the former president repatedly discussed his concerns with Mr. Buhari, and then decided to go public after he noticed no improvement in the way the country is governed.

Frustrated by the worsening political and security situation of the country, Mr. Obasanjo spent the last few months consulting key political leaders in the country.

He then used the better part of January drafting and editing what is now the explosive “special press statement” that has shaken the nation’s political foundation.

Signs that things were amiss between Mr. Obasanjo and Mr. Buhari, a man the former endorsed for the presidency in 2015, manifested early this month in far away Oxford, United Kingdom.

Giving a talk at the University of Oxford, Mr. Obasanjo commended some African leaders for their reforms and economic transformation, but left out Mr. Buhari.

Asked from the audience on when he would make his feelings about the Buhari government public, Mr. Obasanjo said the time was not ripe.

However, aides and associates of the former president said he had actually began expressing his misgivings about the Buhari administration from late last year, and shared his feelings with political associates and some elder statesmen.

2019 Elections: Buhari’s Is Too Desperate To Listen To Anyone Says Tanko Yakassai