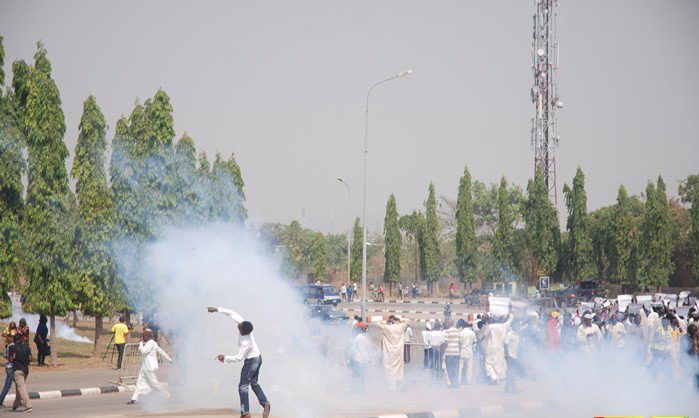 A protest march by members of the Islamic Movement in Nigeria (IMN) on Monday turned violent after the protesters were tear gassed as they tried to force their way into the National Assembly complex in Abuja.

The Shiite members are demanding the release of their leader, Ibraheem El-Zakzaky, who was detained since 2015.

They had arrived at the entrance of the national assembly around midday but were prevented from gaining access to the premises.

The security operatives fired shots into the air while dispersing them. Tear gas was also used against them as they were chased . The Abuja incident happened one day after a member of the IMN was killed in Kaduna.

Ibrahim Musa, spokesman of the Islamic group, said confirmed the killing of one person, adding that several others were wounded.

A Police reinforcement, supported by the Civil Defence, later fired tear gas at the protesters and chased fleeing demonstrators into the neighbouring federal secretariat as they struggled for air.