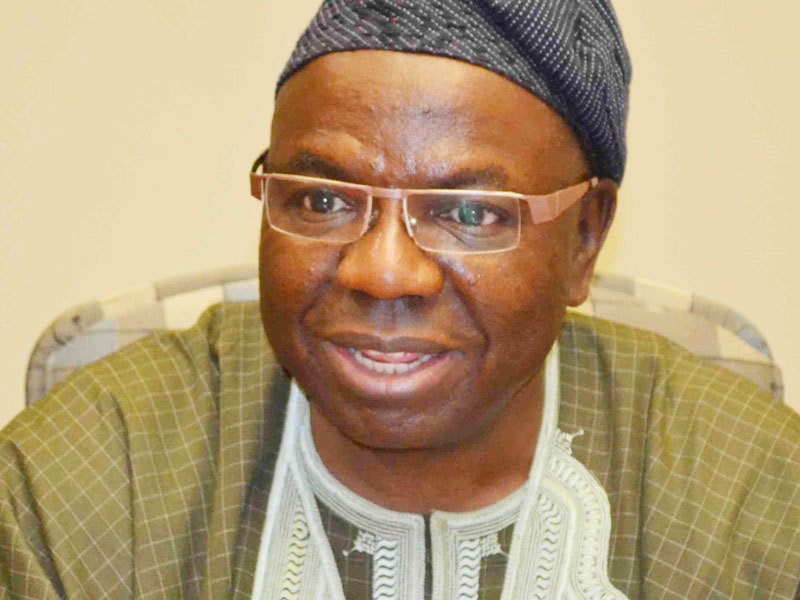 Former Nigeria’s High Commissioner to Canada and second Republic senator, Prof. Iyorwuese Hagher, has literarily torn President Muhammadu Buhari apart over his loud silence on the ongoing killing of citizens he swore to protect across the country.

Hagher, who is now President African Leadership Institute USA, in an open letter addressed to Buhari, averred that the president has betrayed the nation’s democracy and is promoting genocide.

The former minister said Buhari’s body language was a clear indication that he is in support of the pogrom going on in the country.

YOU HAVE BETRAYED DEMOCRACY AND PROMOTED GENOCIDE

I would have loved to wish you a happy new year, but I am not a hypocrite. I am not happy and nobody in Benue is happy today, because many of our citizens did not have a happy new 2018. Genocide on citizens of Nigeria has escalated in earnest in Benue State. This genocide has turned their happiness to nightmare and death. Let me also apologize for making this letter public. It is not in my character. In this case there is an emergency and urgency, which cannot wait.

I am pained that you ignored my advice in my private memorandum to you dated 30th July 2016. I had warned you of the possibility of a horrendous genocide in Benue, Plateau, Taraba, Southern Kaduna, and Southern Adamawa States. I asked you to be proactive and stop the genocide that has been ongoing but which would burst out in the open and shock the world within 18 months. Your office replied my letter on September, 28th 2016, and the reply was couriered to me in the United States, thanking me “immensely” and giving me the assurances that the advice would be heeded.

With the current situation on ground, I regret to now inform you that it is seventeen months since my warning and prediction and your government did nothing to pre-empt or prevent the genocide. The nomadic terrorists have finally accelerated the ethnic cleansing in Benue State. They have strategically moved against the Tiv, the largest minority ethnicity in northern Nigeria. These perpetrators believe that if they can ethnic cleanse the Tiv, then nobody can stand in their way to possess the land and carve a new geo-polity and demography for the middle-belt.

Now that you have allowed the genocide in the Middle Belt to go on unimpeded you have betrayed your campaign promise to Nigerians that your government ‘‘will always act in time and not allow problems to irresponsibly fester’’.

In allowing the Benue genocide to take place your government has acted irresponsibly and has allowed problems to fester and failed to act on time. You have also failed to lead from the front; giving the impression that centrifugal forces around you are dictating vicious anti-people agenda!

Mr. President, the protection of lives and property of the citizens is more important than your war against corruption! The protection of lives of citizens is the most sacred responsibility of the state and your presidency. Your government has failed woefully in this regard. Mr President there is no greater corruption than the government looking the other way while the strong bullies and kills the weak with impunity and pleasure!

Your Excellency, in your passion (monomania, I think!) to rid the country of corruption, you have totally ignored nation building and ended up with a very divided country. You have failed your immediate Northern constituency by your inability, failure or lack of the political will to end northern poverty through measures that enhance school enrolment, promote girl-child education, and revive dead industries. You became Nigeria’s president on the altar of northern unity when the northern minorities abandoned President Goodluck Jonathan to vote for you. You have now desecrated that altar. By refusing to arrest those that brutally butchered defenseless innocent Benue women and children, you have imperiled northern unity and taken sides with evil.

Many Nigerians think you have failed the country by the lack of a clear vision and a lack of capacity to provide needed infrastructure and a composite holistic development; more significantly, they think you have failed to institute a political culture of integrity. You are often compared with the lone King Sisyphus of Ephyra who was punished by the gods to roll an immense border up the hill, only to watch it roll back down, then condemned to repeat the same rolling action forever. This is the picture people have in mind of your war against endemic corruption. You honestly deserve pity and prayers, but certainly not support for a second term.

Nobody can deny that you still have a horde of admirers, which still look up to you with great admiration; however, the Benue genocide seriously questions your integrity, and your capacity to lead a plural modern state. Is there a rule of law in this country? Why does the Miyetti Allah act with so much impunity? Is this because this terrorist group claims you as their life patron? Do not accept the clamor of those who for their personal political reasons urge you to contest in the 2019 election to be a second term president! Mr. President, please rise above the impression being given that you are just another power obsessed and hungry politician!

Step aside and open the political space for another person to continue your war against corruption with a more comprehensive development program that Nigeria needs and deserves. For now, modernize infrastructure and try to banish poverty. And while your party campaigns for 2019, take a sabbatical from partisanship and build national unity, good governance and concentrate on getting rid of Boko Haram and the Herdsmen Terrorists. After all, great people are not great for winning elections; rather they are known to be great by the legacy they leave behind. With what legacy do you wish the country to remember you for? It is unfortunate that family members of those that were hacked to death will remember you as the genocide president!
Your Excellency Mr. President,

For 2019 Elections, Buhari Reportedly Orders Governors To Donate 50 Million Naira Each, Some APC Govs Are Rejecting Deal To Fund His Campaign