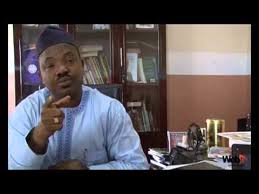 The pan-Yoruba group, Afenifere, on its part, warned that the killings across the country by Fulani herdsmen and other armed groups could affect the electoral chances of the ruling APC in the 2019 polls.

It admonished the President to address the nation on the issue and take decisive measures to stop the wanton killings and violent attacks across the country.

Afenifere spokesperson, Yinka Odumakin, insisted that the President could not pretend that all was well with the country while murderous attacks were carried out by criminal elements daily.

“Definitely, they (herdsmen killings) will have grave implications for the APC in 2019 if the killings continue,” he stated on Friday.

“The President should address the nation on this matter and for a man that is seeking a second term in office, he cannot pretend that nothing is happening.

“It would be disastrous for the APC as a party if the killings are not stopped, if murderers are not brought to book.

“Kaduna State Governor, Nasir el-Rufai, once said that he had to pay money to Fulani herdsmen to stop killings in Kaduna.

“About two weeks ago, the Wall Street Journal reported that the Federal Government paid €3m to Boko Haram and they have not denied it. We want categorical actions taken against the killings going on across the country. It’s becoming unbearable.”