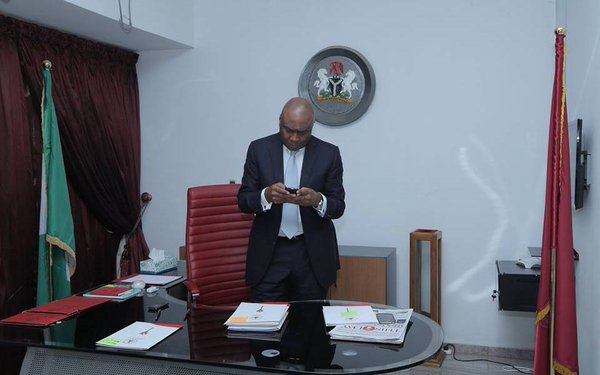 Bukola Saraki, Senate President, said former President Goodluck Jonathan was never desperate for power but got there by providence.

He said this on Thursday in Abuja at the unveiling of a book entitled ‘On a Platter of Gold’. The book written by Bolaji Abudullahi, national publicity secretary of the All Progressives Congress (APC).

Saraki, who was the chief host of the occasion, said “a country produces the kind of leadership it gets’’.

He said: “I think it is us Nigerians, that produce the kind of leaders we get; no matter what you say about Jonathan, I don’t think he was someone who was desperate for power.”

He added that Jonathan was not someone that was prepared for leadership but became the president of the country either by “misfortune or fortune“.

The president of the senate said it was unfortunate that Nigerians knew the right things to do, but would rather keep playing the blame game.

He expressed optimism that the book would be cherished by Nigerians going by its quality.

The book chronicled the ascension of Jonathan, the power play, and the intrigues that led to his loss of power in the 2015 presidential election.

“Even Buhari Has Moved From Party to Party”, – Atiku Abubakar Explains Why He Is More Experienced For 2019