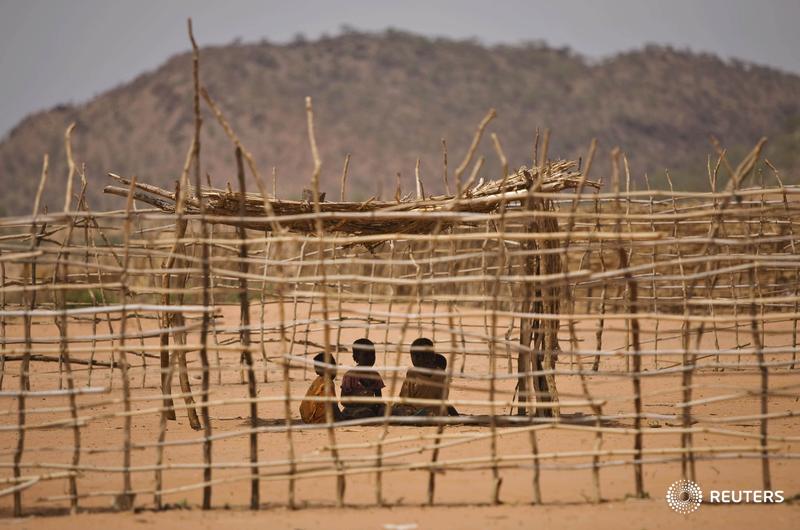 When Koutu Saimon’s son, Wheener, was born almost four months premature and “as small as a mouse”, friends and relatives in Chad turned to the new mother and, with sidelong glances and in hushed voices, whispered to her to get rid of the baby.

“They told me: ‘You need to take him to the river, do an exorcism ritual, leave him there. He’s cursed, it’s a snake child’,” Saimon told the Thomson Reuters Foundation.

“They would kill a child like that,” she added incredulously, looking at her son.

Wheener, now a lively eight-year-old, squealed with delight upon seeing his teacher, Adoumkidjim Naiban, who founded Chad’s only school for children with learning disabilities, the CESER Centre, almost 20 years ago.

Children with disabilities are often neglected across central Africa, where many believe their condition is caused by curses, supernatural forces or as a punishment.

The CESER Centre in the Chadian capital, N’Djamena, only stays open by combining education with social entrepreneurship.

Almost half of Chad’s 14 million population live below the poverty line and more than 10 percent of children die before their fifth birthday, the charity Save the Children says.

Sales from furniture and leather goods produced by the CESER Centre’s 80-plus students, as well as vegetables, eggs and cattle from its farm on the city’s outskirts, help keep it running.

“Sometimes the pupils also take food they grow home to feed their families,” said Naiban, who waives school fees of about 70,000 CFA francs ($125) a year for the poorest families.

Chad, the world’s third least-developed country, is also weighed down by drought and floods, conflict with the militant group Boko Haram and some 400,000 refugees fleeing the Lake Chad basin, Sudan and the Central African Republic.

Government resources are hard-stretched and a domestic law which prohibits discrimination against people with disabilities is not effectively enforced, experts say.

Nor has Chad has ratified the 2006 Convention on the Rights of Persons with Disabilities, which requires governments to promote, protect and ensure human rights for disabled people.

It falls mostly to charities to provide for those with special needs, who often lack basic equipment like corrective glasses or wheelchairs.

Negative beliefs about disability are common in rural communities across the world.

This is partly due to the low levels of education – in Chad, over 90 percent of people cannot read – and because information on the medical causes of disability is not widely available, experts say.

In Chad and other countries in the region, children with disabilities are sometimes called ‘snake children’ because they often find movement difficult, meaning they crawl on the ground for longer than other children.

Like snakes, they are regarded as troublesome, and often killed or abandoned in forests or near river-beds where they are believed to turn back into serpents.

“If they don’t throw them out, they hide them,” said Naiban, who was inspired to start the school after seeing his young disabled niece suffering.

“I wanted to do something to help her,” he said, sitting among stacks of papers, books and musical instruments in his cramped office.

When Naiban realised there was no trained teacher for mentally disabled children in the whole of Chad, he decided to train himself.

A Swiss foundation catering to people with special needs, Les Perce-Neige, hosted him for three months and then provided money to buy land for the school.

But running costs, including salaries for six of his 11 staff who are not paid by the government, proved a challenge.

“Many centres of this type all over the world are forced to close because they run out of funding,” said Koundja Mayoubila, Chad’s programme manager for Reach for Change, a Swedish charity which provided entrepreneurial funding and training for Naiban.

Pupils learn sewing, masonry, furniture production and farming in workshops inside the school and on its farm.

After they graduate, they use their skills to earn money, often as tailors, carpenters and on construction sites.

“One even plays in a local orchestra,” said Naiban, who has also set up parents’ groups supporting more than 2,000 children with learning difficulties across the vast central African country.

“We explain to the community: ‘No, it’s a congenital malfunction, the cause is biological – it’s malnutrition, maybe malaria, meningitis’,” he said.

“We explain that it’s not evil spirits, they’re not ‘snake children’.”

For Saimon, the centre serves as a lifeline, enabling her to hold down a job in a restaurant while Wheener is at school.

“It’s not easy for us, the mothers especially,” she said, adding that her husband left soon after their son was born.

“But with this education, he has a chance to make something of his life.”