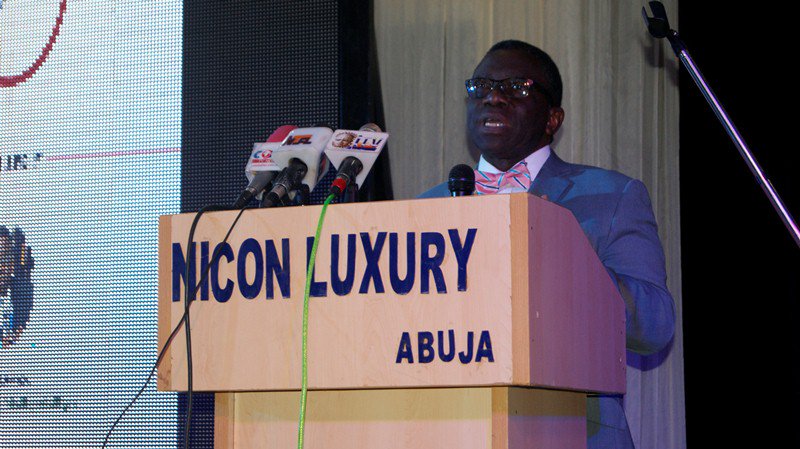 The Federal Ministry of Health has released two sets of public service advertising targeting second hand smokers. The advert narrates that about 10% of the 6 million annual tobacco-related deaths are those of people who do not directly smoke a cigarette or use tobacco.

The first video shows people moving on as others smoke in prohibited public places and it ended with a poignant message “Tobacco Kills. Pay Attention! Don’t trivialize second-hand smoke.” The second video is about how tobacco exposes individuals to harmful diseases such as lung cancer over time. A wheezing sound could be overheard which fades gradually till the hospital life support beep. It says Tobacco is the major cause of all cancer and that it kills but only a matter of time.

Data from Nigeria’s 2012 Global Adult Tobacco Survey (GATS) show that 4.5 million adults in Nigeria (5.6%) currently use tobacco products out of which 4.1 million are men and almost 0.5 million women. In addition, 6.4 million adults (29.3%) are exposed to second-hand tobacco smoke when visiting restaurants, hotels and other public settings. Of the adults surveyed, 82.4% believe that smoking causes serious illness.

“Tell those people who are smoking it is dangerous. Tell the next person that is smoking in the vehicle or other public place that it is illegal,” Health Minister, Prof. Adewole remarked during the launching of the #TobaccoFreeNigeria communications campaign.

The Federal Ministry of Health has launched the Tobacco Free Nigeria initiative to help reduce the effect of smoking to Nigerian lives through several decisive government actions in a campaign called the #ClearTheAir campaign.

The event which was flagged off at the Nicon Luxury in Abuja on Thursday evening was hosted by the Ministry to increase public awareness towards the dangers of tobacco as well as to help set up infrastructure to drive tobacco control legislation.

Speaking at the event on Thursday night the Minister for Health Prof Isaac Folorunsho Adewole stated that ‘We need to let the world know that it is harmful, and we need to stop it. We do not expect the tobacco industry to go to bed, they will fight us’. The Ministry of Health which launched this campaign has said that it would ensure public compliance of the law to help provide a more tobacco free Nigeria.

The initiative has set aside nine provisions for implementation which include:

Also at the event were representatives of the World Health Organization, the Centre for Disease Prevention and Control, the One Nigeria campaign, and the Bureau of Public Service Reforms. While speaking at the opening ceremony, the Director of Public Health Dr. Evelyn Ngige said ‘Our health system is being loaded by diseases from tobacco’ she complimented the Ministry of Health for its commitment to public good and the Minister for his support.

The representative of the Washington based Campaign for Tobacco Free Kids (CTFK), Hilda Ochefu who also spoke at the event stated that the statistics was worrisome. ‘We are up against a big, powerful and rich cartel. If we get this right, the whole of Africa will follow suit. Let’s clear the air and make our country tobacco free. We need all the support we can get’. Hilda stated.

Among the participants the CEO of the Nigeria Centre for Disease Control Dr. Chikwe Ihekweazu has stated that the agency is active and ready to support the Federal Ministry of Health in its campaign to reduce the effects of tobacco in Nigeria. ‘The tobacco industry is a very powerful industry, putting the signs on tobacco is not enough, we believe in the necessity of science to help solve this challenge, and we are available to support this’ He stated. Last year Acting President Yemi Osinbajo stated that public perception about smoking needed to be changed.