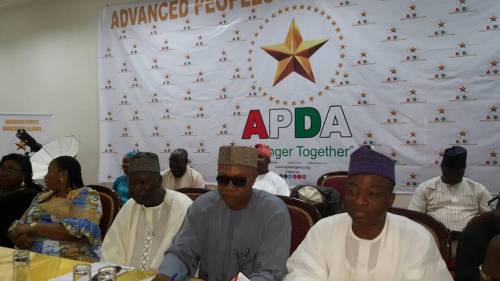 In a bid to wrest power from the ruling All Progressives Congress (APC) in the 2019 Nigerian general election, a chieftain of the Peoples Democratic Party (PDP), Chief Raymond Dokpesi, and a former Chairman of the Labour Party, Dan Nwanyawu, have floated a new party called the Advanced Peoples Democratic Alliance (APDA) in Abuja.

At the unveiling of the party on Monday, held at the Reiz Continental Hotel in the nation’s capital city, the two politicians were spotted at the event, but Mr. Nwanyawu denied that the the PDP was behind the formation of the new party.