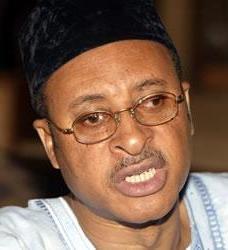 Pat Utomi, a professor and economic expert, has blamed the administration of President Muhammadu Buhari for the economic hardship in the country.

Speaking at a programme in Nnamdi Azikiwe University, Awka, Anambra state, Utomi said those attributing the recession to fall in oil price are “bad managers”.

He said budget planning and management of resources would have prevented the current situation.

Utomi said a good budget should contain what the people would want and envisage the implications of future challenges.

“Our major problem is that we lack planning and budget discipline,” he said.

“In beginning of a budgeting process, it must be matched with where the people are going; but beyond revenue and expenditure, budget has to do with discipline and execution.

“Those blaming fall in oil price were just bad managers. That was not the cause of this recession.”

Lamenting the prevailing backwardness in the country, Utomi said that the sad situation was basically thrown up by the events of 1966 when a gang of military boys hijacked the leadership of the country.

He said the same characters had remained in power since then in different guises.

Buhari Says His Govt Will Return Nigeria To A Producing Nation