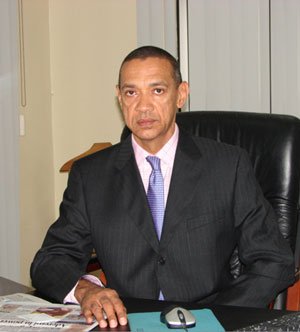 Many politicians will be infected with meningitis if it is caused by sin, says Ben Murray Bruce, senator representing Bayelsa east.

Abdulaziz Yari, governor of Zamfara state, had on Tuesday said the outbreak of “stereotype C” meningitis was God’s way of punishing Nigerians for “rampant fornication” and “nefarious activities”.

“What we used to know as far as meningitis is concerned is the type A virus. The World Health Organisation, WHO, has carried out vaccinations against this type A virus not just in Zamfara, but many other states.

“However, because people refused to stop their nefarious activities, God now decided to send Type C virus, which has no vaccination,” the governor said after a meeting with President Muhammdu Buhari.

Reacting via Twitter on Wednesday, Bruce criticised Yari’s reasoning and said the real sin behind the outbreak is the mismanagement of funds earmarked to cure and prevent the disease.

“Meningitis is caused by bacteria not sin. If sin caused meningitis, most of us politicians will get it, but it’s the poor who suffer it most,” he wrote.

“The real sin causing meningitis is the sin of mismanaging the money budgeted to cure and prevent a disease that regularly affects Nigerians.

“We can’t have such brilliant medical minds like Bennet Omalu and still operate from the mindset that sins cause diseases like meningitis,” he added.