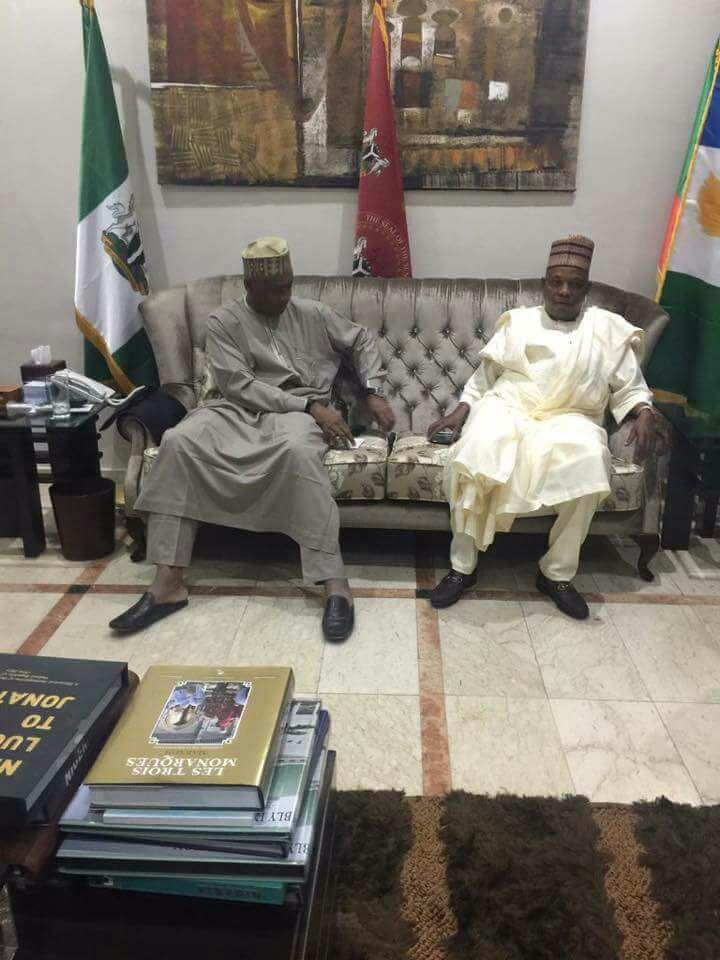 The visit comes two days after the senate handed a six-month suspension to Ali Ndume, a senator from the state.

The ethics and privileges committee had recommended Ndume’s suspension because he moved a motion that Saraki and Dino Melaye, senator representing Kogi west, be investigated.

Saraki was accused of harassing Hameed Ali, comptroller-general of customs, because the agency seized a vehicle belonging to him.

Melaye was said to have forged a certificate of his degree from the Ahmadu Bello University (ABU), Zaria.

Both men denied the allegations and were subsequently cleared by the senate committee.

Although details of the meeting with Saraki was not made public, there are strong indications that it is connected with the disciplinary action taken against the Borno lawmaker.

In Shettima’s delegation were Adamu Timpta, a close associate of Ndume and son of the emir of Gwoza; Abubakar Kyari, senator representing Borno central, and some influential personalities.

On Thursday, youth in Biu, a town in Borno, trooped to the streets to protest the suspension.

A non-governmental organisation (NGO) also gave the senate a 48-hour ultimatum to reverse its decision or face court action.