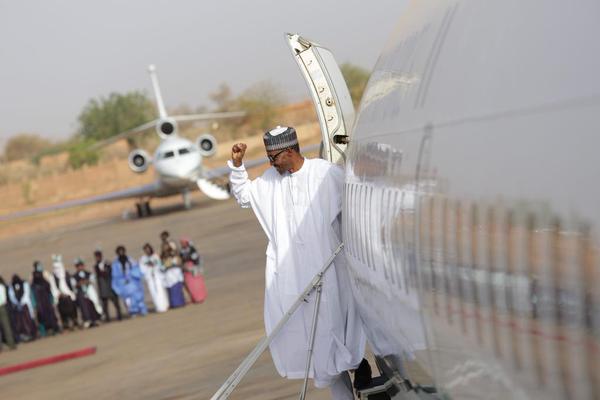 Senate President Bukola Saraki and Yakubu Dogara, speaker of the house of representatives, are scheduled to meet with President Muhammadu Buhari in London on Wednesday.

Bamikole Omisore, media aide of the senate president, told TheCable that he was already in London with his boss, but he did not give details of the meeting with Buhari.

Other members of the legislature that are expected to meet with the president are Yusuf Lasun, deputy speaker, and Ahmed Lawan, senate leader.

TheCable understands that Dogara is still on his way to London.

This is coming a few days after Bola Tinubu, national leader of the All Progressives Congress (APC), and Bisi Akande, former governor of Osun state, paid the president a visit.

Ibikunle Amosun, Ogun state governor, and Daisy Danjuma had also visited the president, who is on vacation in the UK.

Buhari transferred power to Acting President Yemi Osinbajo before he left for the UK.

He was scheduled to return to the country on Sunday – at the end of his 10-day vacation which began on January 19 – but he extended the time indefinitely, citing advice from his doctor that he should wait to get his test results as the reason for his decision.

Last Wednesday, Saraki announced on Twitter that he spoke with the president and that he was in high spirits. Though he did not give a hint that he would visit him in London.

Presidency Say Buhari Has A Phone Conversation With President Trump