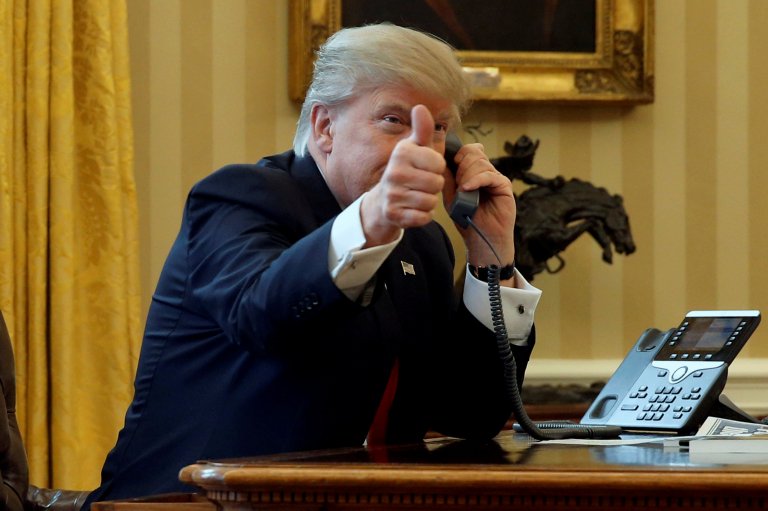 Trump invited Buhari, who is currently in London on vacation, to come to Washington DC at a mutually convenient date, presidency says.

According to presidential spokesman Garba Shehu, Buhari’s conversation with Trump was “cordial.”

“President @MBuhari this afternoon from London spoke to President @realDonaldTrump on telephone at the request of the American President.

“The conversation was cordial and President Buhari congratulated Trump on his election as President of the United States, and on his cabinet”, Mr. Shehu tweeted.

There have been concerns over the President’s health and whereabouts following the extension of his medical vacation in the United Kingdom.