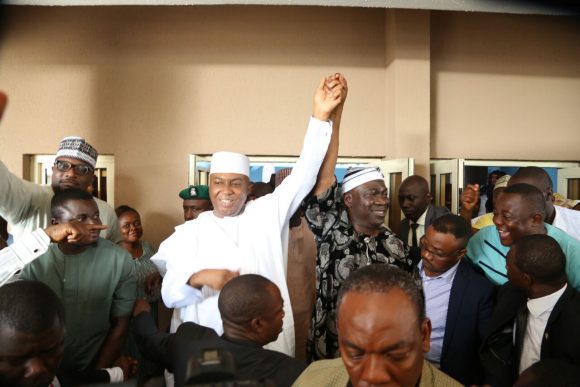 In a statement by his Special Adviser (Media and  Publicity), Yusuph Olaniyonu, Saraki said the appointment takes immediate effect.

Baba Ahmed, 61, was educated at the Ahmadu Bello University, Zaria, London School of Economics and University of Sussex, both in the United Kingdom. He holds a Doctor of Philosophy degree.

A consummate public servant and intellectual, he started his working career as a lecturer with the  then University of Sokoto now known as Usman Dan Fodio University, Sokoto,  before joining the Kaduna State Civil Service. He later transferred his service to the Federal Civil Service where he rose to become Permanent Secretary.

He was permanent Secretary at various times in the Presidency and later Ministry of Commerce and Industry.  He later became Secretary of the Independent National Electoral Commission (INEC). He is a holder of the national honour of Officer of the Federal Republic (OFR).

The new Chief of Staff to the Senate President is a columnist with the Daily Trust newspapers.