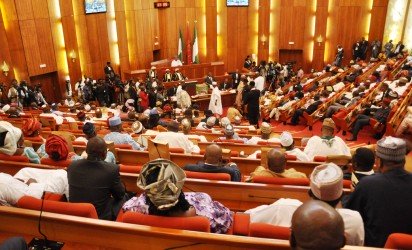 The Senate has confirmed that it had received the letter from President Muhammadu Buhari extending his vacation in the UK.

This was disclosed on Tuesday by Senate spokesperson, Senator Aliyu Sabi, who gave the confirmation while briefing members of the Senate Press Corps.

“As you are aware the senate suspended plenary to carry out one of the most important duties which is the interaction with the MDAs on the 2017 budget,” he said.

“Before we suspended plenary we received a letter from Mr President which was dated 18th, January 2017 where he informed the distinguished senators that he was proceeding on his vacation for 10 days.

“In the letter he stated very clearly that the vice president will take charge of the running of the country.

“This is a normal thing and of course based on that timing Nigerians were expecting the return of Mr President.

“Now, we are in receipt of the second letter from Mr President where he is informing the senate that he is extending his vacation.

“This arose because in the first letter he did informed us that he will use that to see his doctors.

“In this second letter he is informing the senate that he is extending his vacation because in the cause of that routine medical check-up they were still some test his doctors still want to run.

“This is a constitutional provision and let me say it is within his prerogative to do so and we are in receipt of that letter accordingly.

“This is why we had to brief you so that we are now confirming that yes we are in receipt of that letter formally and we know that many things have been going on but this is our formal and official pronouncements to Nigeria on this particular subject matter.”