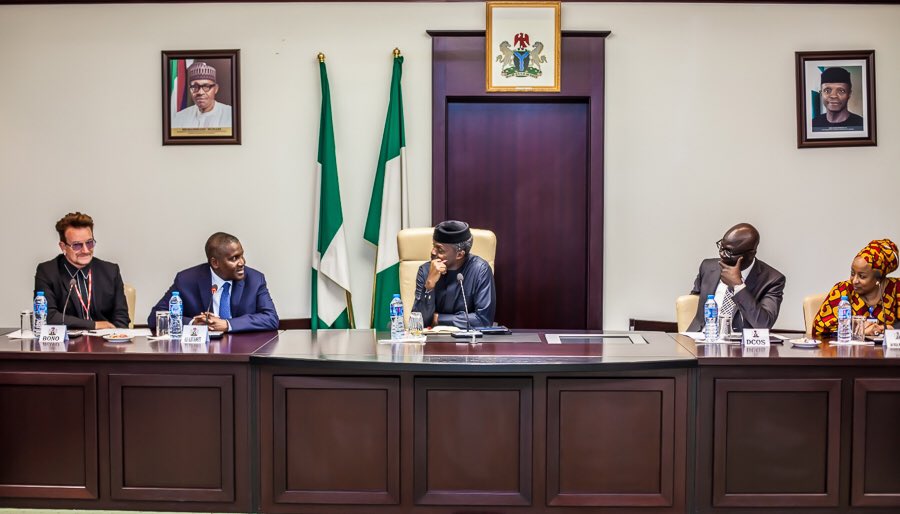 Nigeria’s Vice President, Professor Yemi Osinbajo says he is not under any pressure from any quarter to resign.

Professor Osinbajo stated this after a closed-door meeting with the National Chairman of the All Progressives Congress (APC), John Odigie-Oyegun at the Presidential Villa.

The Vice President maintained that having been elected on the same ticket with President Buhari, there is no need to think of resignation.

Professor Osinbajo also said that he had a lengthy telephone conversation with President Buhari earlier in the day and briefed him about the national economic plan to get the country out of recession.

“Let me say that the President is hale and hearty. I spoke to him just this afternoon and we had a very long conversation.

“He was interested in knowing about the budget process and how far we had gone. As you know, we had a meeting today with the private sector on the economic recovery plan.

“Of course I informed him about some of what we are seeing – the protests, marches and all of that, some of the feedback and what people are saying about the economy.

“He is in good shape, he was very chatty and we had a good conversation this afternoon.”

Speaking on citizens’ demands for details of the President’s health status, Prof. Osinbajo corroborated an earlier statement by presidential spokesperson, Mr Femi Adesina, who said that only the President can reveal such details.

“I think that the health status of Mr President is a fact or issue that only Mr President himself will be able to discuss at the appropriate time.

“Again, he is running tests and before you determine your health status you must be able to say ‘this is my health status’.

“If I’m running tests; doing some routine and some that my doctors have asked me to do, then surely I must await the outcome of that before I talk about any kind of status,” he said.