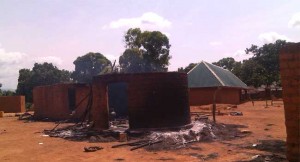 The Afenifere Renewal Group (ARG) has condemned strongly the proposal by the Northern Governors Forum (NGF) to open a register for immigrant Fulani herdsmen, saying that the governors are promoting alien interest which constitutes a threat to the nation’s internal security.

ARG, in a statement issued by Kunle Famoriyo, Publicity Secretary, said the move underscored by observations that the NGF had in times past stridently denied culpability of these killers, rising to their defence many a times.

“ARG also note that herdsmen currently constitute a huge threat, not only to lives, but also to food security in Southwest. Our people, who are largely smallholding farmers, cannot work at their full capacity, living at the mercy of cows and conniving policemen. This has aggravated the sweeping poverty in Nigeria and has displaced many of our people. Nigeria’s socio-economic indices is clear that farmers, not herdsmen, should get higher priority from government, being a higher employer of labour, higher contributor to tax, FOREX earning and GDP.

“ARG is therefore gravely concerned that state governors who swore to protect Nigeria’s constitution are the ones promoting alien interest. Or what logic is there in opening a register for agents of external aggression? It is shameful that the NGF could not even pretend and hide its readiness to sacrifice the rest of Nigeria for Fulani interest in its veiled reference to “national integration and cohesion” as the solution to herdsmen menace.

“For example, Kaduna Governor, Nasir Elrufai, arrogantly and cold-heartedly declared on Aljazeera recently that killer herdsmen must be accommodated because Nigeria is signatory to ECOWAS’s treaty on trans-humane pastoralist protocol. We wonder if ECOWAS treaties are only obligatory where it concerns Fulani interest as there are other treaties that Nigeria has ignored.

“Another example is the recent ban on car importation through land borders which Comptroller General Hameed Ali said was done to stop influx of illegal arms. If this policy could be implemented swiftly, at great economic loss to stakeholders and despite a senate order against it, why has nothing been done to disarm herdsmen who freely roam about with sophisticated weapons?” It asked.

ARG said it was becoming increasingly clear that Nigerian authorities would not address the menace of Fulani herdsmen as should be done in a sane country and that the NGF’s latest proposal therefore remained to be seen as a workable idea, saying that this further showed that ethnocentric interest, rather than the Rule of Law, governed Nigeria.

“ARG reiterate that the only workable solutions are to outlaw open grazing, arrest and prosecute arms-bearing herdsmen, and promote ranching systems. Farmers are paying for land use, why should herdsmen not? Conversely, if herdsmen are justified to bear arms, why should farmers not do same? ARG therefore hold the view that should herdsmen continue to get higher priority, our farmers would be right to resort to self-defence because where injustice becomes a law, resistance becomes a duty,’ the statement said.