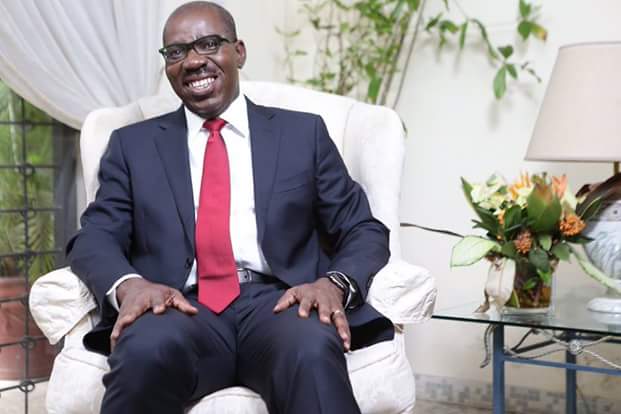 Edo State Governor Godwin Obaseki has announced the sack of private tax collectors for the state and local governments.

The governor said only government employees would now collect taxes and levies.

In a broadcast to Edo State residents to mark the New Year, Obaseki said the laws of Nigeria vested the responsibility for collecting taxes exclusively in the three tiers of government: federal, state and local governments.

The governor also assured visitors and residents of their safety.

Obaseki terminated all contracts empowering some individuals to collect taxes on behalf of state or local government.

“All arrangements to collect taxes or levies entered into by any state or local government agency in Edo State ceases to be valid with effect from today.”

The governor set up a seven-man committee, headed by Gregory Ero, for the development of Gelegele seaport as a foremost economic and industrial hub in Nigeria.
Read more at http://huhuonline.com/hunew/index.php/huhuonline-more-news/58QUbh1ICVvgoKD1.99#k1lGb60g6V1wo2bt.99

Kano Hisbah Board Destroys 1,000 Bottles of Beer But Share In The Revenue