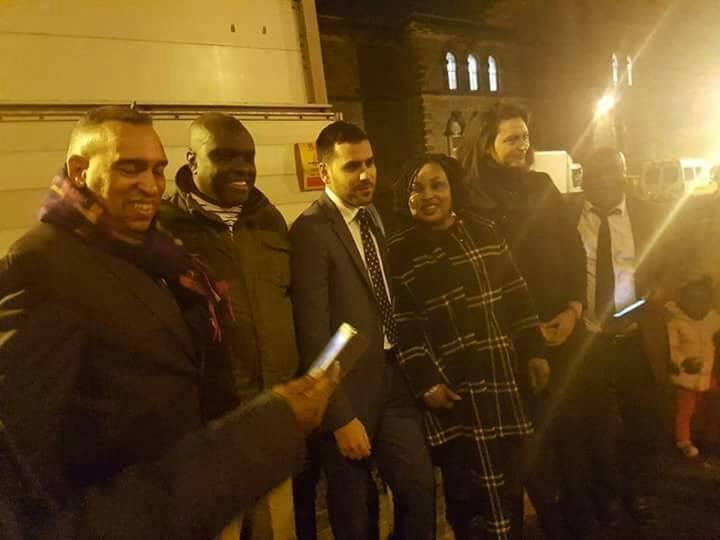 One of the highlights of the year that has just ended was the release from a British jail of one of Nigeria’s most notorious politically exposed persons (PEPs), James Onanefe Ibori. Ibori’s rap sheet is as long as the 338km East-West Road in Nigeria’s Niger Delta region, but the reason for his latest freedom was the conviction and sentencing—13 years in prison—by a Southwark Crown Court in April 2012 after he pleaded guilty to a 10-count charge of money laundering, corruption and conspiracy to defraud.

Of course, it wasn’t Ibori’s release that dominated the news, as newsy as his expected release was. Rather, it was his triumphant return to the warm embrace of his kinsmen, supporters and well-wishers. James Onanefe Ibori or James Onanefe Ochuko Ibori, depending on if you are appearing before the Supreme Court of Nigeria, is an enigma. He was governor of Delta State from 1999-2007. He and his bosom friend, Bukola Saraki, Nigeria’s current senate president, bankrolled the political machine that led to the emergence of Umaru Musa Yar’Adua as president in 2007. And if not for providence—the death of Yar’Adua in May 2010—Ibori, who up until then was the de facto vice president of Nigeria, would have succeeded Yar’Adua.

Yar’Adua died and Nigeria dodged a bullet or so we thought! Ibori was subsequently jailed in 2012, two years after he was arrested—and extradited to the UK—by the Interpol in Dubai, the United Arab Emirates, where he was hiding after fleeing Nigeria. Even in prison, he maintained his godfather role and from the public admission of one of his surrogates played a key role not only in the emergence of high-ranking public officers in Delta State but the leadership of the National Assembly. For the trajectory of the Ibori saga and persona, readers will find this piece, “The welcome party for Ibori” by Simon Kolawole, instructive.

Depending on where you come from, perhaps your political affiliation and how much you benefitted from the Ibori heist in Delta State, either directly or through a third party or even tangentially as a hanger-on, the celebratory Mass held in honour of Ibori’s release from prison, though detestable, was quite understandable. After all, there is an Ibori in many of us. There are countless Iboris in the National Assembly, criminals making laws and posing as “distinguished senators” and “honourable members”. There are Ibori’s in various government houses across the country; scoundrels posing as executive governors. There are Iboris in the Army, Air Force, Navy, Customs, Immigration, Prisons, Police, our universities and sundry public institutions where those who have been kept in charge of what Peter Ekeh in his seminal essay, “Colonialism and the Two Publics in Africa: A Theoretical Statement”, referred to as “civic public” conveniently and unconscionably steal from it and divert their loot to the “primordial public”.

So, just as it is often the case where one person’s freedom fighter is another person’s militant, as a people, Nigerians seem not to be in agreement on what constitutes corruption or who a corrupt person is. What one Nigerian sees as corruption, another sees it as “blessing from God”, their own opportunity or “turn to eat”. The national cake is there for the taking. The state has abdicated its responsibilities—roads, water, school, health, sanitation, etc—and instinctively we have learned to “manage” by helping ourselves to as much as the national pottage, in the “civic public”, as we can lay our hands on.

Take the ongoing spat between the current Inspector General of Police, Ibrahim Idris, and his predecessor, Solomon Arase, who has been accused of making away with over 20 police vehicles when he retired in June 2016. Arase didn’t deny carting away police vehicles. He is just piqued that when it was his “turn to eat”, the police authorities suddenly became amnesic. To show his righteous anger on an issue that has caused public discomfiture, Mr. Arase’s reminded the all-righteous police authorities that there is nothing new in Inspectors General of Police making away with enough vehicles to open a car shop when they retire.

“I expect that former occupants of the office of the Inspector-General of Police should not be demeaned. This explains why Force Order 295 was emplaced by the force management under my leadership as acknowledged in your letter in reference,” Arase wrote to his predecessor in his defence. “In spite of the emplacement of this order and despite the fact that my two immediate predecessors left office with 13 and nine vehicles of different makes and models respectively, I never pressurised either of them to return any of such vehicles neither did I engage in any act that was capable of bringing them to ridicule as being done to me of late by a force I dedicated my life to serving up to the highest level.”

Clearly, pubic office in Nigeria is simply a sinecure and you would be eternally excoriated by your kinsmen and associates for not taking advantage of a life-changing opportunity. As someone once reminded me, public office in Nigeria is like climbing a mighty tree with lots of fruit. Once you climb, you are required to get as much as you can because you may not have a second chance. So, we are all, ceaselessly, engaged in the race of getting a nibble at the cake. To appreciate the Ibori phenomenon, you must understand Nigeria. Here, the best private schools, including universities, are owned by those whose responsibility has included how to make our public schools functional. It is the same story for the health, transport, and indeed, every sector of the Nigerian society.

It is as if Nigerians, wherever we find ourselves in the “civic public”, are in a race for a medal on how best to pillage the country. The “Villa Repair Heist”, as someone has described it, provides a fitting example of this brazen larceny that is called public service in Nigeria. The 2016 budget for repairs and rehabilitation of Nigeria’s Presidential Villa, Aso Rock, was N642.5 million.
By 2017, the budget had shot up to N5.6 billion. “Was the Villa hit by a bomb or earthquake unbeknownst to us citizens?” “Was there a war akin to Aleppo in the place?” one commentator asked. No, there wasn’t. It is simply “their time to eat.” In the same budget, there is a provision of N2.3billion for the Defence Headquarters to clear backlog of electricity bills that is budgeted for every year.

In July 2012, I was part of an audience at Chatham House, London, where an ex-governor of Niger State and Chair of the Northern States Governors Forum, Dr. Mu’azu Babangida Aliyu, was guest speaker. Dr. Aliyu spoke on “Nigeria’s Unity and Regional Socio-Political Groups: Influence and Impact of the Northern States Governors Forum (NSGF).” He noted that “corruption was the single unifying factor of the elite in Nigeria and that the way to deal with it was to reduce the focus on the centre.” Aliyu is right in many ways. But it is not just the elite. It is about Nigeria.

Today, if someone is robbed, we no longer get jolted. The refrain will be, “Thank God he is alive.” “We praise God the robbers took his possession and spared his life.” “God bless those robbers.” It is the same response you get when kidnappers strike. We no longer bother to interrogate armed robbery, kidnapping and other vices that have become part of our national ethos.

The celebration of Ibori’s return from prison, therefore, provides an opportunity to interrogate what Nigeria means to us as Nigerians. The problem is not really with Ibori or those who have elected to celebrate him. The problem is with Nigeria, a place where allegiance is to the “primordial public”, where rulers live in mansions and religious centres luxuriate in splendor while public schools and hospitals wallow is squalor.