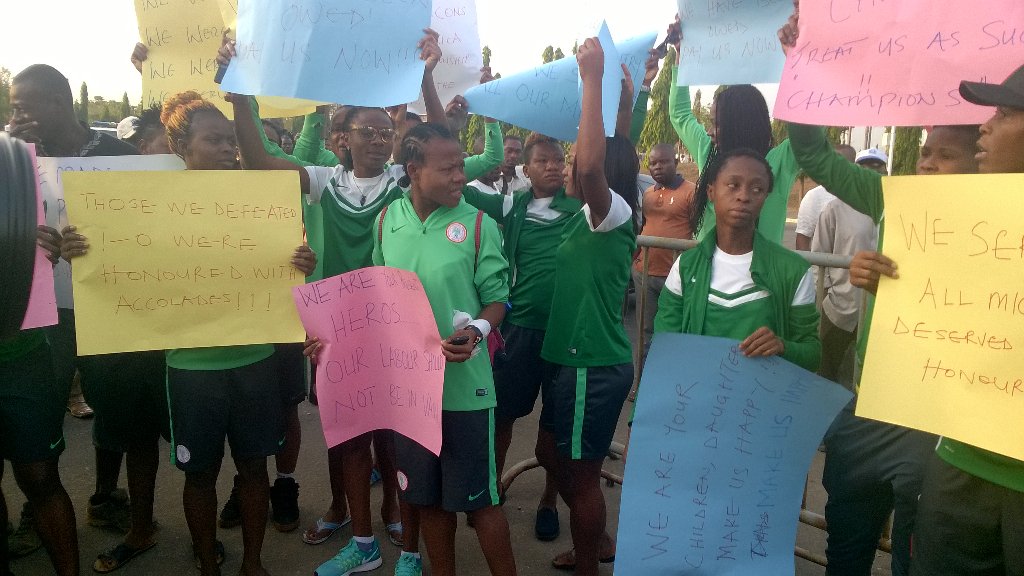 President Muhammadu Buhari on Wednesday ordered the immediate payment of all entitlements accrued to the Super Falcons who won the just-concluded CAF African Women Cup of Nations in Cameroon.

The Chief of Staff to the President, Mr. Abba Kyari, disclosed this to State House correspondents at the Presidential Villa, Abuja.

Kyari, who just returned from a medical trip said he had conveyed the President’s directive to the players who staged a protest to the gate of the Presidential Villa earlier in the day.

He said, “The problem has been resolved. The players did us proud. I congratulated them for the feat they achieved.

“I have also told them that all their entitlements will be paid latest by Thursday.

The players had planned to protest to the Presidential Villa where they expected the Federal Executive Council meeting to hold.

The meeting however did not hold following the presentation of the 2017 Appropriation Bill to the National Assembly by the President.

After Kyari addressed the placard-carrying players, they thereafter moved to the National Assembly in continuation of their protest.

The eight-time African champions, who are owed bonuses and allowances by the Nigeria Football Federation, have been protesting since they won the African Women’s Cup of Nations in Cameroon.

Riyad Mahrez Is BBC African Footballer of the Year 2016