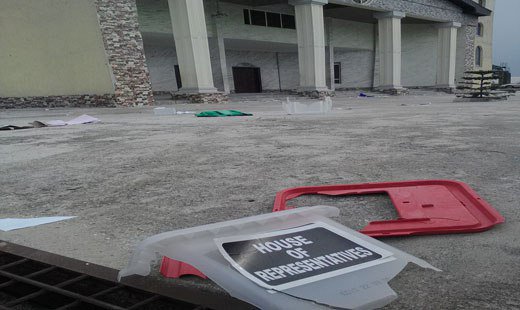 Rivers State Governor, Nyesom Wike, has alleged that two agents of the Peoples Democratic Party (PDP) were shot dead in Bodo-Ogoni in Gokana Local Government Area of the state, by security agents.

The mobile line of the Rivers Police Public Relations Officer (PPRO), Nnamdi Omoni, a Deputy Superintendent of Police (DSP), was not available for reaction to the allegation.

There were also bomb blasts in Abonnema-Kalabari, the headquarters of Akuku-Toru LGA of the state, with elections in the area postponed till Sunday.

Hoodlums equally engaged security personnel in heavy shootout in Bori, the traditional headquarters of Ogoniland and the seat of Khana LGA of the state and other parts of the LGA, with gunshots also recorded in Etche LGA.

“I Did Not Make Mistake ” – Former Governor Kalu Begs Igbos, Explains Why APC Is Beneficial