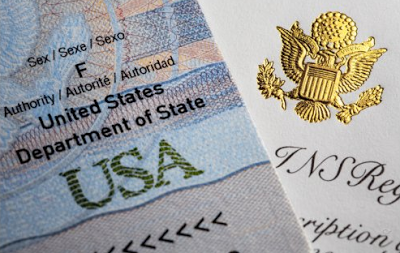 A fake United States Embassy has been busted in Ghana after operating illegally for a decade.

According to a statement released by the U.S. State Department, the sham embassy operated in Accra in a run-down, pink, two-storey building with a corrugated iron roof and flew a U.S. flag outside. Inside the office is a portrait of President Barack Obama.

It was operated by a cartel that issued illegally obtained but legitimate visas.

“It was not operated by the United States government, but by figures from both Ghanaian and Turkish organised crime rings and a Ghanaian attorney practicing immigration and criminal law,” the State Department said in its statement.

Turkish citizens, who spoke English and Dutch, posed as consular officers and staffed the operation. The syndicate issued fraudulently obtained but legitimate U.S. visas and false identification documents, including birth certificates at a cost of $6,000 each.

During the raid at the sham embassy, several persons were arrested while items seized include authentic and counterfeit Indian, South African and Schengen Zone visas as well as 150 passports from 10 different countries along with a laptop and smart phones.