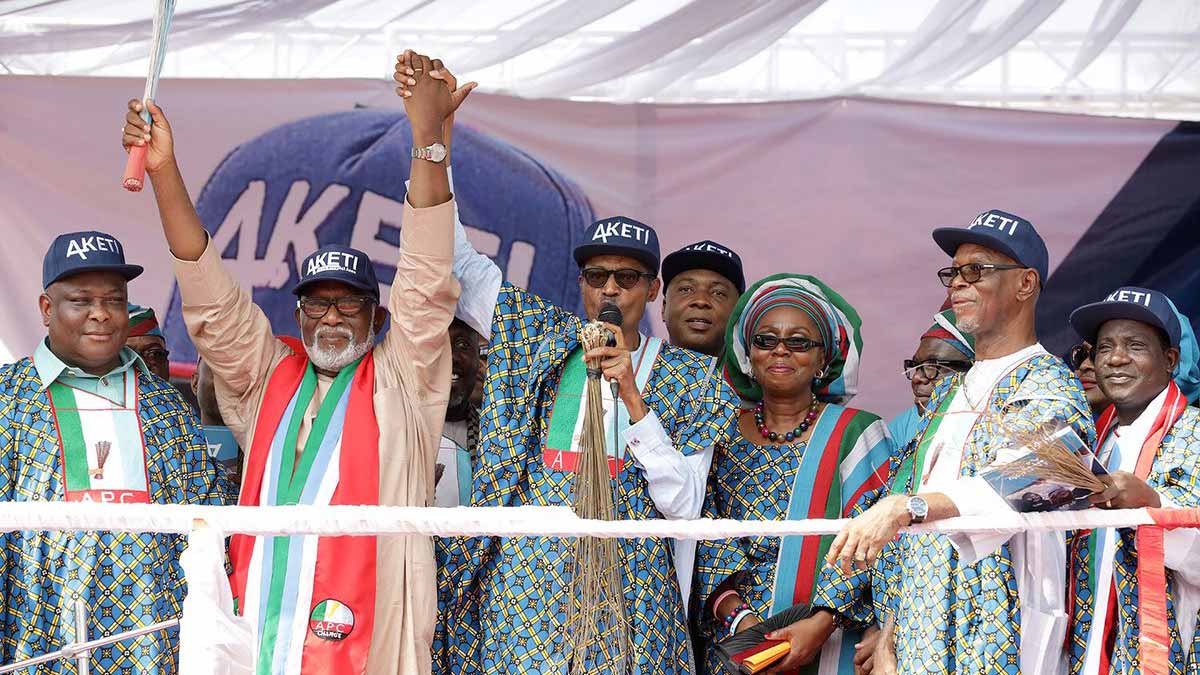 Six days to the Ondo State Governorship Election, the Independent National Electoral Commission (INEC) has dismissed calls for the postponement of the election.

Chief Press Secretary to the Chairman of the Commission, Rotimi Oyekanmi in an interview with The Guardian, said: INEC is not contemplating a postponement, as the attendant conflicts in the build up to the election in the state are strictly the party’s affair and not that of the electoral umpire.

This is coming on the heels of calls by the Markafi faction of the Peoples Democratic Party (PDP) for the postponement of the election over ongoing legal battles to determine the rightful candidate of the party.

Also, President Muhammadu Buhari yesterday, led national leaders of the party, including Senate President, Bukola Saraki, state governors, ministers, National Chairman of the Party, John Odigie Oyegun and members of the National Working Committee of the party to the grand finale rally of the party in Akure, Ondo State capital.

President Buhari who arrived Akure to the waiting hands of the state governor, Olusegun Mimiko and the held a private meeting with the former aspirants of the party, Akeredolu and leaders of the party in the state.
Speaking at a meeting, he said the unity of the party was crucial for the outcome of next Saturday’s election.

“I like your high spirit and your commitment to the party and I hope your constituencies are taking note of that,’’ the President told the aspirants shortly before departing for the Democracy Park in Akure for the grand finale of the Ondo APC gubernatorial rally.

At the rally, President Buhari, Saraki, Oyegun and the governors who spoke one after the other, urge the party supporters to work for the victory of Akeredolu at the election.

Related Topics:PDPINECAPCOndo State
Up Next