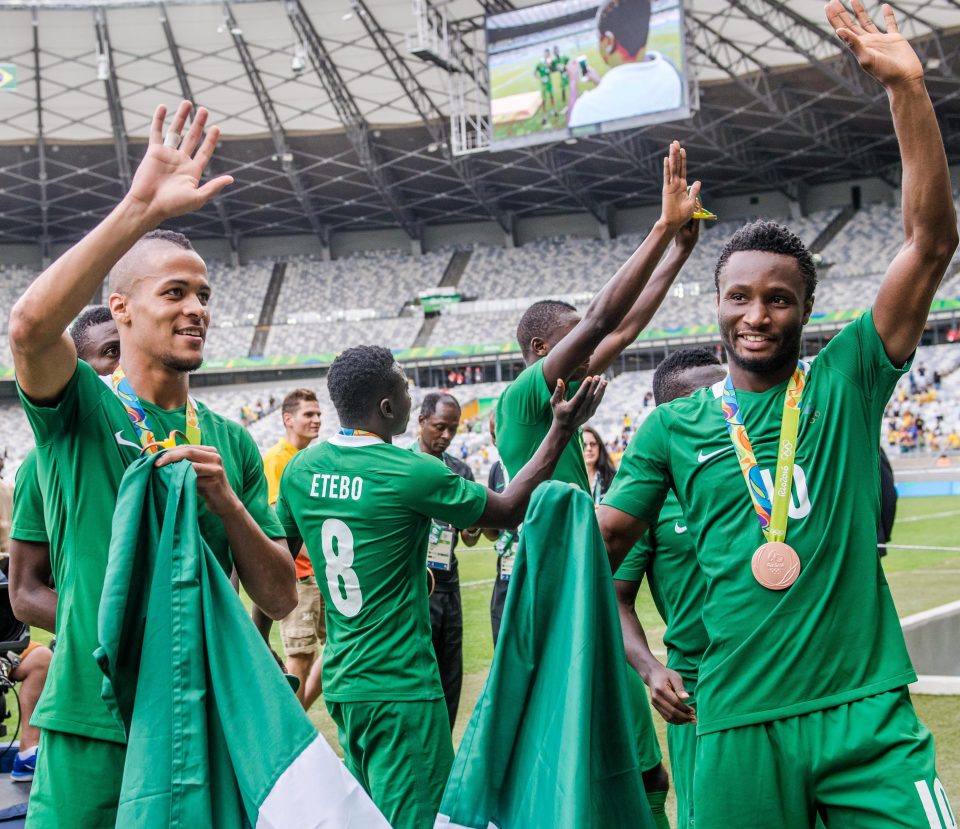 John Obi Mikel is adamant he would never swap his Olympic bronze medal for a place in Antonio Conte’s team, the player tells TheSun UK

Mikel has not played a single minute this season after being frozen out by the Blues’ ruthless new Italian boss.

Super Eagles coach Gernot Rohr even claims Conte is PUNISHING him for playing in Brazil.

But Mikel — Chelsea’s second longest-serving player behind captain John Terry — has no regrets about going and is ready to quit Stamford Bridge in January.

He said: “I have never been a guy who makes excuses in life and never shy away from responsibilities.

“Yes, maybe people will say the new manager was upset I left and went to the Olympics, that I didn’t have a pre-season with the team.

“He probably thinks I don’t care about the team, things like that.

“But I don’t want to use those excuses. I have to keep training hard and make sure I change the manager’s mind. If not, then we’ll see what happens in January.

“But, no, I would never swap my Olympic medal for a place back in the Chelsea team.

“One thing you have to do in life as a man is that when you make a decision, or a sacrifice, you have to deal with it.
“You have to stand by your decision. You have to live with it.

“I have not one single regret in going to the Olympics. And I will not trade my medal for anything.

“It’s what I deserve. I worked hard for it, so why would I trade it for something else — a place in the Chelsea squad?”

And Super Eagles advisor Rohr insisted: “He is being punished by Conte for deciding to go to the Olympics. He is doing well for us.