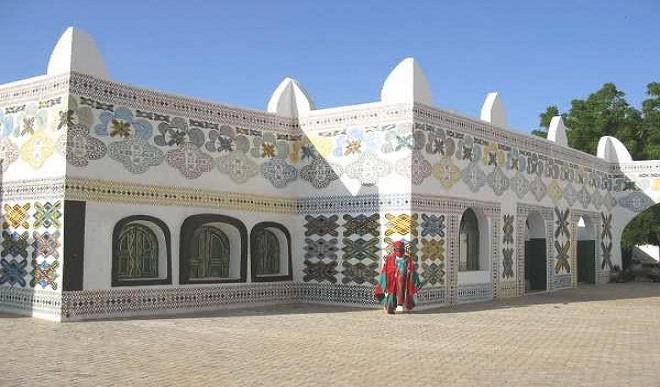 An uncle of the daughter of the Emir of Daura, Hajia Nafisatu Umau Farouk Umar, who got married to the son of the Shehu of Borno on Saturday, has described the marriage as unprecedented in the history of Daura

The uncle, Alhaji Lawal Aminu, told the News Agency of Nigeria (NAN) on Sunday in Daura that between 500 and 1000 people came from Borno to Daura to witness the occasion.

He said that the father of the groom, the Shehu of Borno, Alhaji Abubakar Ibn Umar Garbai Al-Amin El-Kanemi and the mother both came and stayed in Daura for three days for the wedding.

According to him, that development, where both father and mother travel to another town to attend the wedding of their son, is a novelty in Hausaland and unprecedented

He said the marriage had opened a new chapter of cordial relationship and brotherhood between the people of Daura and those of Borno.

Aminu said that in his over 66 years, he had never seen a marriage that had attracted so many people to the ancient town of Daura like that marriage..

Many people who spoke to NAN also shared the same view that attendance at the marriage was unprecedented.

According to the Cigari of Daura, also a son-in-law of the emir, apart from the people of Borno who came in large number, other people from different walks of life, including Niger Republic, attended the wedding.

He prayed to Allah to bless the wedding and the couple with prosperity and obedient children.

Similarly, Malam Aminu Shehu, a resident of Daura, said he could not count the number of important dignitaries that attended the wedding.

NAN reports that, the marriage, between Nafisa and Abba, was presided over by the Chief Imam of Daura, Alhaji Safiyanu Yusuf, at 12,30pm on Saturday, Oct. 29 at the Emir of Daura’s palace.

The marriage is likened to what Bayajida, the son of the King of Baghdad, capital of Iraq, did when he came to Borno from Baghdad and ended up in Daura where he married Daurama, he Queen of Daura hundreds of years ago.

Historically, Daura is believed to be the origin of the Hausa states and occupies a very important position in the history of Northern Nigeria.

Among the dignitaries that witnessed the ceremony yesterday were the governors of Katsina and Bauchi states, Aminu Masari and Mohammed Abubakar respectively, among many others.

The high point of the occasion was the staging of a mini durbar in the evening by the groom, his friends, members of the Daura royal family and well-wishers to bring to an end the occasion.

The bride had been taken to her husband’s house in Maiduguri from Daura on Sunday.