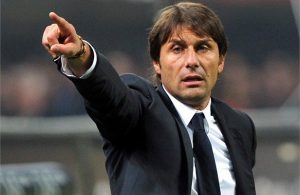 Popular Chelsea manager, Antonio Conte has noted that Chelsea’s away clash against Southampton at St. Mary’s will be a real test to their title challenge this season.

“This test is different. We are playing away against a team in good shape. It’s a big test for our ambition.

“Southampton are very strong and I’m impressed with the offensive football they play,” Conte said.
The former Italy national team boss disclosed that Branislav Ivanovic has returned from injury but ruled out Cesc Fabregas.
Conte stated that captain John Terry is a key member of the Chelsea team despite not being at his best in the loss against West Ham.

“The situation for the injured players remains the same. Fabregas remains out but Ivanovic is available.”

“John came back from an injury and it’s not easy to find the right shape, but I’m satisfied with him and the team.

“John is an important player for us, if he plays or if he doesn’t play, for the changing room and the club.”

“This league is very difficult and anything can happen in any single game. For this reason, continuity is crucial.”