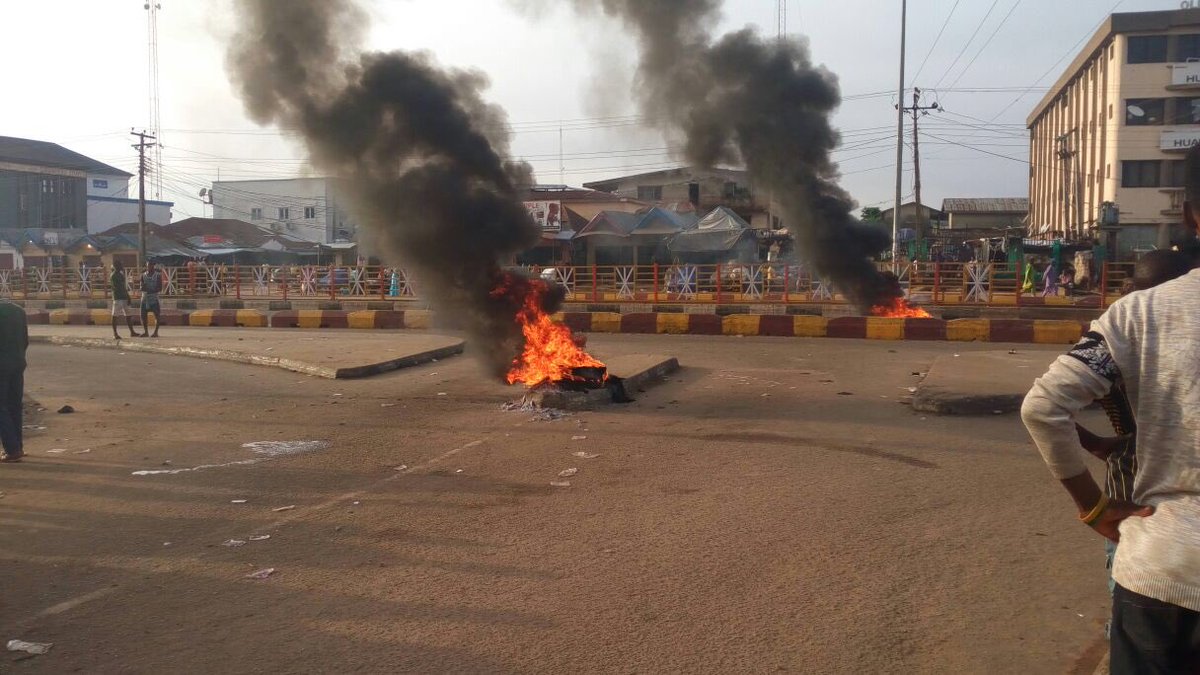 Akure, the Ondo State capital is presently locked down following protest by supporters of the Ahmed Makarfi-led faction of the Peoples Democratic Party following the naming of businessman, Jimoh Ibrahim, as the party’s candidate in the coming governorship election.

Streets have been blocked by protesters, and bonfires set up in major highways of Akure.

The traffic situation has accordingly worsened, as vehicles and taxis seek alternative routes to their destinations.
The police are on hand to handle the situation, but the protesters are too many for them at the moment.

Members of the National Union of Road Transport Workers (NURTW) have also joined in the protest with a threat to set the town on fire if Mr. Jegede’s name is not placed on the ballot.

Abiodun Adesida, one of the leaders of the protesters, said they (youths) would resist the imposition of Mr. Ibrahim on the people of the town.

Mr. Adesida stated that Jegede, a former Commissioner for Justice and Attorney General of the State installed by embattled Governor Mimiko is the preferred candidate of PDP in Akure.

Related Topics:PDPINECAkureJimoh Ibrahim
Up Next

“I Was Not Suspended” – Abbah Kyari Tells Reporters “Are You Going To Tweet That I Am Back?”