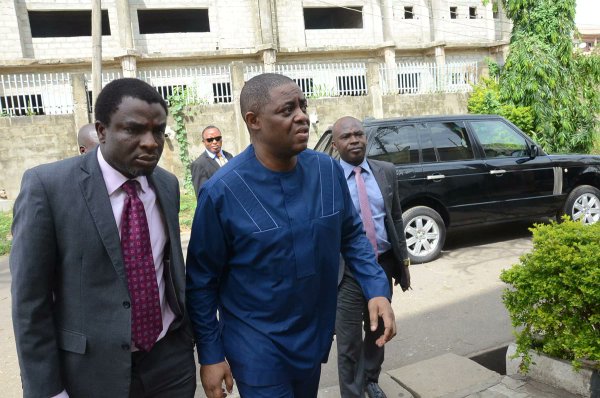 A former Minister of Aviation, Chief Femi Fani-Kayode, has alleged that the Economic and Financial Crime Commission is planning to re-arrest and detain him.

He said this information was leaked to him by his sources within the anti-graft agency.

Fani-Kayode stated this in a statement sent to our correspondent in Abuja on Thursday.

He said despite the fact that he had been granted bail by the court, the commission was planning to re-arrest him and detain him for a very long time.

He said, “I have been reliably informed by my sources within the EFCC that they are planning to re-arrest and detain me for as long as possible once again even though I have been granted bail by the Federal High Court in Lagos.

“Fresh charges were filed against me by the EFCC at the Federal High Court in Abuja on July 7. The allegations border on a baseless allegation and false claim that I received N26million naira from the NSA’s office in 2014.

“These are politically-motivated charges and there is no truth in or substance to them whatsoever.”

Fani-Kayode added that the case had been assigned to a judge and the date for arraignment had been set for November 10 before Justice John Tsoho of the Federal High Court in Abuja.

He said his lawyers were in court on October 14, the date initially chosen for his arraignment and that it was the EFCC that did not show up on that day.

He said, “The matter was therefore adjourned till November 10 and my lawyers have given an undertaking to the Judge to ensure that I am in court on that day.

“They have also written to the EFCC to that effect and our letter was acknowledged by them.”

He accused the EFCC of being a willing and able tool in the hands of those he described as hawks and hardliners in the Buhari administration, who he said might be acting on superior orders as well.

He said the commission was desperate to keep him out of circulation and off the streets, adding that he had been reliably informed of what the anti-graft agency was asked to do by the Presidency.

Apart from him, he said that the EFCC was also planning to arrest his wife and his eight- month old son just to hurt and spite him even though they had done nothing wrong.