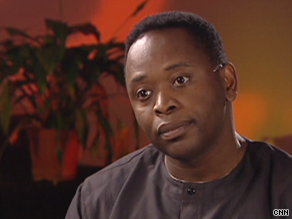 It was gathered that Saro-Wiwa Jr, who was based in Abuja, died on Tuesday after a brief illness in London

Born in 1968, ?Saro-Wiwa Junior was an international journalist and an author and later served in former President Goodluck Jonathan’s administration.

Late Ken Jnr was the son of  Saro-Wiwa who in 1999 began devoting most of his time to human rights and environmental causes, particularly in Ogoniland. He was one of the earliest members of the Movement for the Survival of the Ogoni People (MOSOP), which advocated for the rights of the Ogoni people.

The Ogoni Bill of Rights, written by MOSOP, set out the movement’s demands, including increased autonomy for the Ogoni people, a fair share of the proceeds of oil extraction, and remediation of environmental damage to Ogoni lands. In particular, MOSOP struggled against the degradation of Ogoni lands by Royal Dutch Shell.