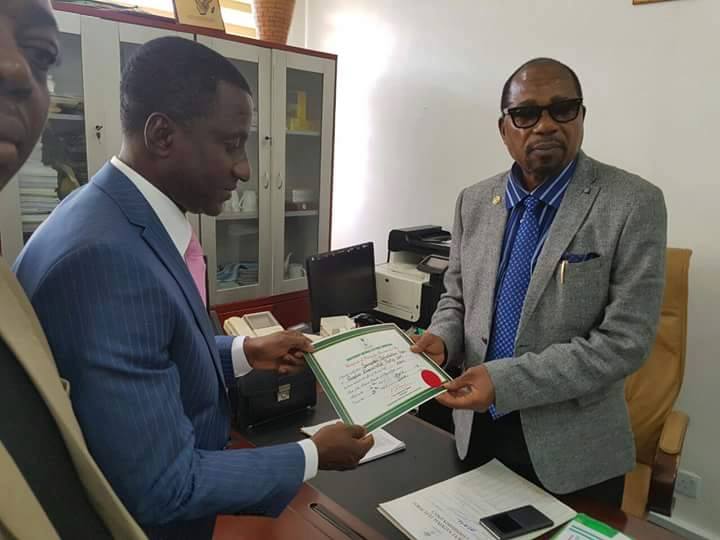 One of the aspirants of the Peoples Democratic Party (PDP) in the Abia State 2015 governorship election, Uche Ogah, has been arrested by the Economic and Financial Crimes Commission (EFCC).

According to a source from the EFCC, Mr Ogah, who is being investigated over fresh allegations of fraud, was arrested on Monday morning in Lagos State, southwest Nigeria.

Mr. Ogah who is the president of Masters Energy Oil and Gas Limited, was reportedly picked up by EFCC operatives in the premises of the Lagos State Magistrates’ Court, Tinubu, Lagos.

His arrest follows a court order which asked the Independent National Electoral Commission (INEC) to cede the Certificate of Return issued to Abia State Governor, Okezie Ikpeazu, to his opponent (Mr Ogah).

Justice Okon Abang had ruled that Mr Ikpeazu was never qualified to run for the PDP primaries as a governorship candidate.

The judge also ordered the Chief Judge of the state to swear-in Mr Ogah as the substantive Governor of Abia State.

In his reaction, Governor Ikpeazudescribed the issuance of the certificate to Ogah as a travesty.

He says INEC’s action is in contravention of the Electoral Act, stating that the act provides a 21-day window for appeal by parties in any election matter.

Governor Ikpeazu insisted that the mandate given to him by Abia electorates was the pillar of equity and bond of progress, justice and unity which cannot be ignored or taken for granted.

Speaking during a solidarity rally organised by supporters from Abia North senatorial district, he said that the solidarity support had strengthened him the more to defend his mandate.

The Governor vowed to continue to render quality service to the people of the state despite the distractions.

Rochas Okorocha Says Nigerians Are Over Exaggerating The Economic Recession