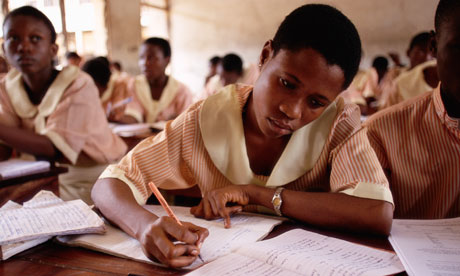 The Enugu State House of Assembly on Thursday sacked the 200 teachers recently employed by the State Universal Basic Education Board.

In a resolution passed by the lawmakers after considering reports on the recruitment, they held that it was conducted in a shoddy manner.

The state government had called for applications from qualified candidates towards recruiting 200 teachers to fill vacancies in its primary education system.

It was learnt that about 21,000 candidates applied for the positions.

However, the lawmakers expressed dissatisfaction that despite the large number of applications, the recruitment was conducted within a week.

They also expressed reservations about the calibre of persons recruited.

The lawmakers had earlier summoned the Chairman of ENSUBEB, Chief Ikeje Asogwa, and the Permanent Secretary, Mrs Rose Chiama, over complaints that greeted the recruitment.

The Permanent Secretary reportedly informed the lawmakers that she knew nothing about the exercise.

She equally said the board was not carried along in the recruitment.

But Asogwa, reportedly, defended the exercise, noting that the state government was aware of the development.

The lawmakers were not satisfied, and after considering the matter at a plenary on Thursday, passed a resolution, ordering an outright cancellation of the exercise.

They also ordered a fresh one.

The Speaker, Edward Ubosi, who stated the position of the House, said the nullification was with immediate effect.

Ubosi said the board should liaise with stakeholders, including the ministry of education, to conduct the future exercise.

The Speaker added that the fresh exercise should be conducted in the various local government areas in the state.

Borno Governor Kashim Shettima Moves Office To Bama, A Town That Was Before Now Occupied By B’Haram