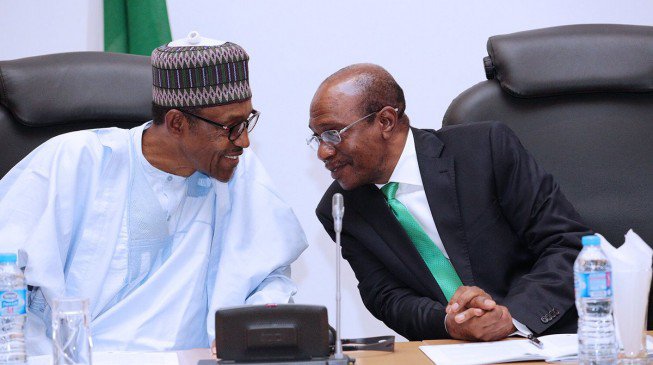 President Muhammadu Buhari has summoned experts and analysts to an “economic war room” to save the economy from prevailing challenges.

Major economists were billed to converge on Intercontinental Hotel, Lagos, on Thursday morning, to have a policy dialogue on the current foreign exchange regime.

The dialogue, which was to be hosted by British High Commission and the Nigerian Economic Summit Group (NESG), was cancelled at the last minute.

According to one of the organisers, the panelists for the dialogue, were summoned by the president to an “economic war room for saving the economy”.

The dialogue was to be attended by stakeholders from the Central Bank of Nigeria (CBN), ministry of trade, ministry of finance, Bank of Industry (BoI), SMEDAN and Nigerian customs, private sector groups like business owners and consumer protection groups.

The Senior Special Assistant to the Vice President on Media and Publicity, Laolu Akande, disclosed this to State House that Akande President Muhammadu Buhari would deliver the keynote address at the formal opening session of the retreat Monday morning.

The vice president’s spokesman said contrary to suggestions, the retreat is not an emergency national economic conference.

He said the idea was mooted in January at the last NEC meeting in “where members requested an intensive session to review economic trends and evolve strategies to cope.”

He said Vice President Yemi Osinbajo and NEC Chairman would preside over the retreat expected to be attended by the 36 state governors, the governor of the Central Bank of Nigeria, the Minister of Budget and National Planning as well as other top government functionaries.