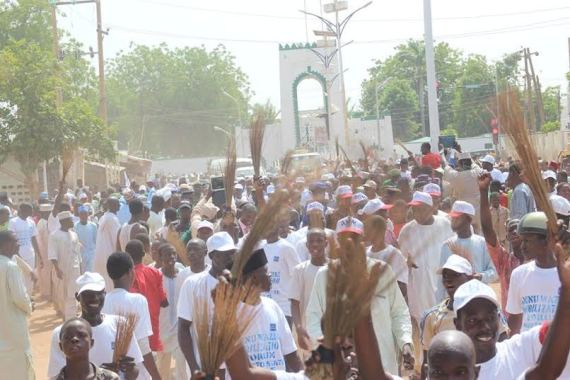 Sokoto state government has given approval for the transfer back home of 39 of its citizens currently in various schools in Dubai, the United Arab Emirates.

In today’s exchange rate, the move will enable the government save over N500m from the policy.

The government said this signals change of priorities in the payment of scholarship to study abroad.

“The transfer/relocation of the students was necessitated by the need to conserve funds and apply same to more critical areas in the education sector,” the state Governor, Aminu Waziri Tambuwal, said this Friday in Sokoto when he received the report of the committee instituted to advise government on the issue.

He added that admissions have been secured for all the students in Nigerian schools, while arrangements have been made to ensure that none of them misses a grade level upon their return home.

“As at the time we sent the children to Dubai to study last year, the state government was spending over 400 million Naira per annum to maintain them there. The last administration had good intentions when it sent them to Dubai to further their studies, but the current financial situation of the state can no longer allow us to continue with this burden.

“We explained to the parents and guardians of the students that as at today, Sokoto state government spends over 500 million Naira to maintain 17,000 of its citizens on scholarship in various schools in Nigeria. So having to pay N400 million for 38 students in Dubai was weighing heavily on the scarce resources of the state.

“We thank them for their understanding,” the Governor added.

Earlier in his remarks, Chairman of the Transfer/Relocation committee of the students, Deputy Governor Ahmad Aliyu, said government decided to bring them home due to the high cost of maintaining them in the UAE.

He said government had ensured that admissions were secured for them in local universities and all is set for them to resume their academic programmes without delay.