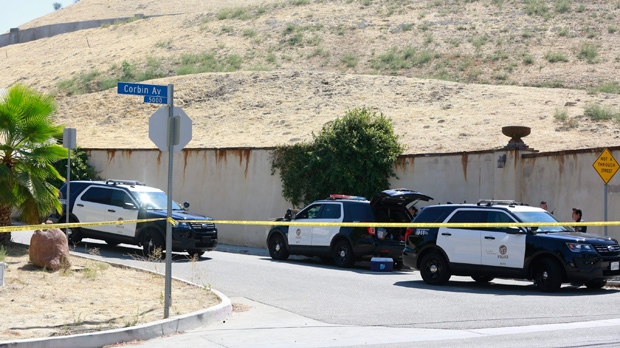 Following the hours long standoff which occurred a couple of hours ago and reportedly ended peacefully, Chris Brown has actually been arrested and is being charged with “assault with a deadly weapon”, TMZ reports.

This is a felony charge and if it sticks could land Chris Brown in big trouble.

He was arrested after Miss California accused him of threatening her with a gun and a long standoff ended between him and the police.

Lt. Chris Ramirez, a spokesman for the Los Angeles Police Department, said officers have transported Chris Brown from his Tarzana home to downtown L.A., where he would be formally booked.

Kokomaster, D’banj Is Not Comfortable Talking About His Marital Status