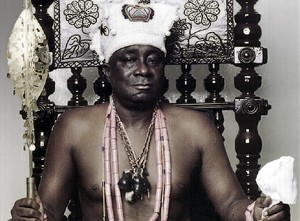 Outspoken Oba of Lagos, Rilwan Akiolu has expressed his love for beautiful women.

In a recent interview with Channels TV’s Modele Sharafa-Yusuf, the monarch also said he knows how to make and spend money.

He revealed that the desire to be king has been buring in him for 56 years and also admitted that he prayed ceaselessly for it to happen.

“I have been praying to God since 1964 to become the Oba of Lagos, on July 12 when Oba Adele died. I was playing football when I saw people carrying iced block and I helped them to carry it, I didn’t know what happened and the next day, the newspapers reported that pages were seen carrying iced block,” he said.

“Then I started praying to become king because they called me a page. I know how to work for money and spend money and I love beautiful ladies and there is nothing anyone can do about it.”