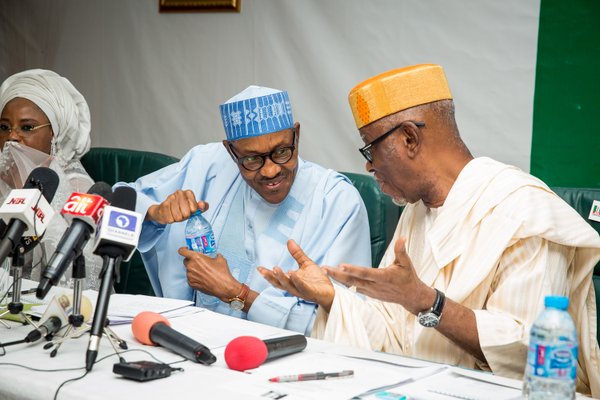 The National Chairman of the ruling All Progressives Congress, Chief John Odigie-Oyegun, has said the party did not know while it was campaigning that the economy of Nigeria was this bad.

The APC chief said it was God who provided the APC-led government “at this critical time” and a president of Buhari’s stature.

Odigie-Oyegun said this at a reception held in his honour by the management and staff of the party’s national secretariat in Abuja to mark his 77th birthday on Friday.

He said, “It has been tough times for the nation. When we were campaigning – it is necessary to continue to hammer on this point – we were not in government; we knew things were very bad but we did not know they were as bad as we eventually found them. And the revelations that come out everyday continue to buttress that fact.

“Secondly, and that is very important: nobody ever expected the prices of crude to collapse in the way they have done. One can only repeat what Mr. President (Muhammadu Buhari) said a few days ago and that is, from being a nation that could have an Excess Crude Account, today, because of the collapse of the prices of crude, a lot of the states in this country do not even have enough resources to meet their very basic functions and responsibilities to their citizens.”

Odigie-Oyegun further said with Buhari’s efforts and plans, this would be the last economic crisis the country would face.

He said the President was laying “a solid foundation” for the country such that all the mineral resources would be harnessed and the Nigeria of tomorrow would be one that produces.

“We are going through hard times, temporarily, but it is quite clear that the silver lining is there in the cloud because the President and your party are determined that this nation will no longer – ever – be again a mono-culture economy,” he added.