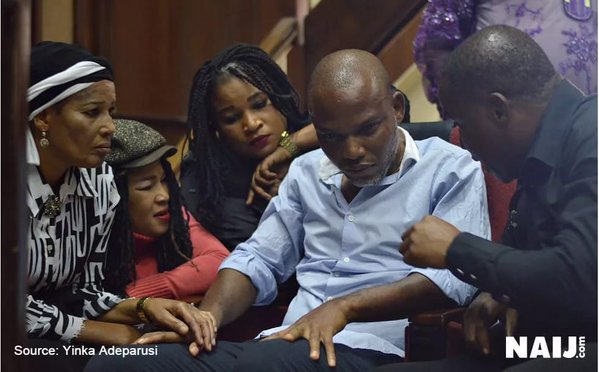 Leader of the Indigenous People of Biafra, IPOB, Mr. Nnamdi Kanu, has said that his group, IPOB, is willing to negotiate with the Buhari’s Federal Government to end the agitation for self-governance.

Kanu made this known through his lawyers, led by Ifeanyi Ejiofor and Amoebi Nzelu, while reacting to the government’s decision on Thursday to release some members of the group who were arrested in February, saying they were not opposed to talks with the government.

“He welcomes genuine political solution to this case. Nnamdi Kanu has people of proven integrity and impeccable character that will negotiate on his behalf, based on his demands when communication on this effect is established.”

Recall that Mr. Kanu and two others, Benjamin Madubugwu and David Nwawuisi, who have been in detention since October, 2015, are facing trial for alleged treason.

Related Topics:BiafraIPOBMr. Nnamdi Kanu.
Up Next