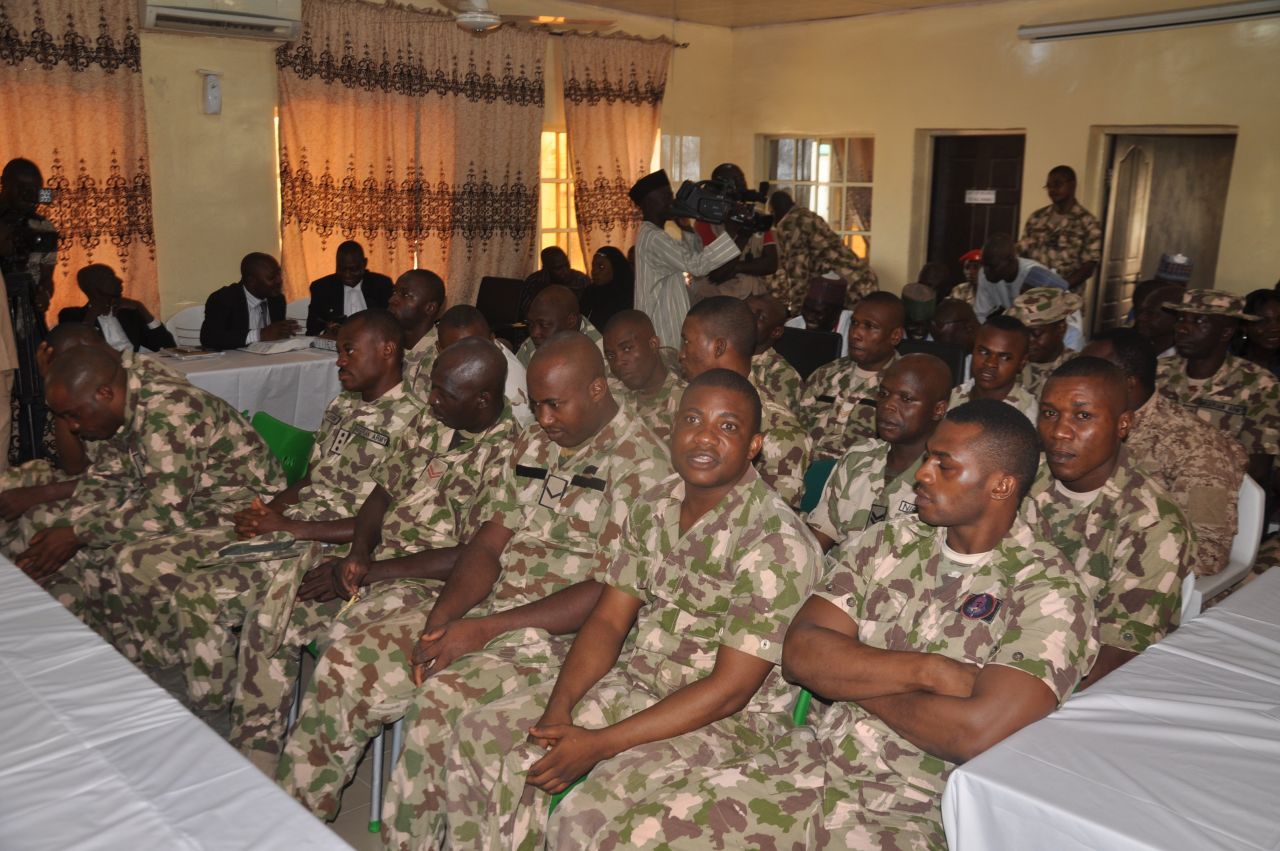 Following the directive from Army Headquarters (AHQ) that a standing General Court Martial (GCM) be set up for Op LAFIYA DOLE to try offences committed by personnel within the Theatre of Operation, I issued a Convening Order for a GCM on 5 August 2016 and the members were directed to assemble today at this venue for the formal inauguration of the GCM.

As you are all aware, discipline is the bedrock of the military profession and to have a disciplined body of officers and men, there must be justice because it is when there is justice that discipline can be achieved. Justice implies that infractions of the law must be promptly reported, investigated and the accused persons prosecuted within a reasonable time through the laid down rules, regulations and procedures.

This GCM is therefore convened to try a total of 4 offrs and 16 other ranks of the Nigerian Army who have committed various offences within the Theatre of Operation LAFIYA DOLE. It must be stated at this juncture that one of the aims of a Court Martial is to achieve timely and quick dispensation of justice within the framework provided in relevant statute books.

Therefore, it is important that both the Prosecution and the Accused Persons or their counsels are mindful of this fact and strive to shun all forms of antics such as request for frivolous adjournments which could lead to unnecessary delays in the trial processes. It is often said in the legal parlance that, justice delayed is justice denied.

For the President and Members of the GCM, I enjoin you to dispense this all important assignment in accordance with the appropriate extant laws and ensure that your opinions and decision on all the cases brought before you is not in any way beclouded with bias, external pressure or by extraneous factors. The outcome of this GCM must therefore be based on careful appreciation of the whole facts of each case and evidence placed before you in the course of trial of these accused persons.

Finally, you are to please ensure that the judgement you pass on the accused person will stand the test of appellate court, public opinion and above all, that of the Almighty Creator. For the accused, be assured that you are all presumed innocent until this honourable court finds otherwise. I want to further sate that your rights to fair hearing and other fundamental human rights would be adhered to throughout this trial.

The Nigerian Army through this action want to assure the nation and international community that we shall not condone cases of violation of laws of armed conflict in the discharge of our constitutional responsibilities.

As I formally inaugurate this GCM, I wish the President, members of the GCM, the Prosecution, the accused persons and their counsels all the best throughout the sitting.
END