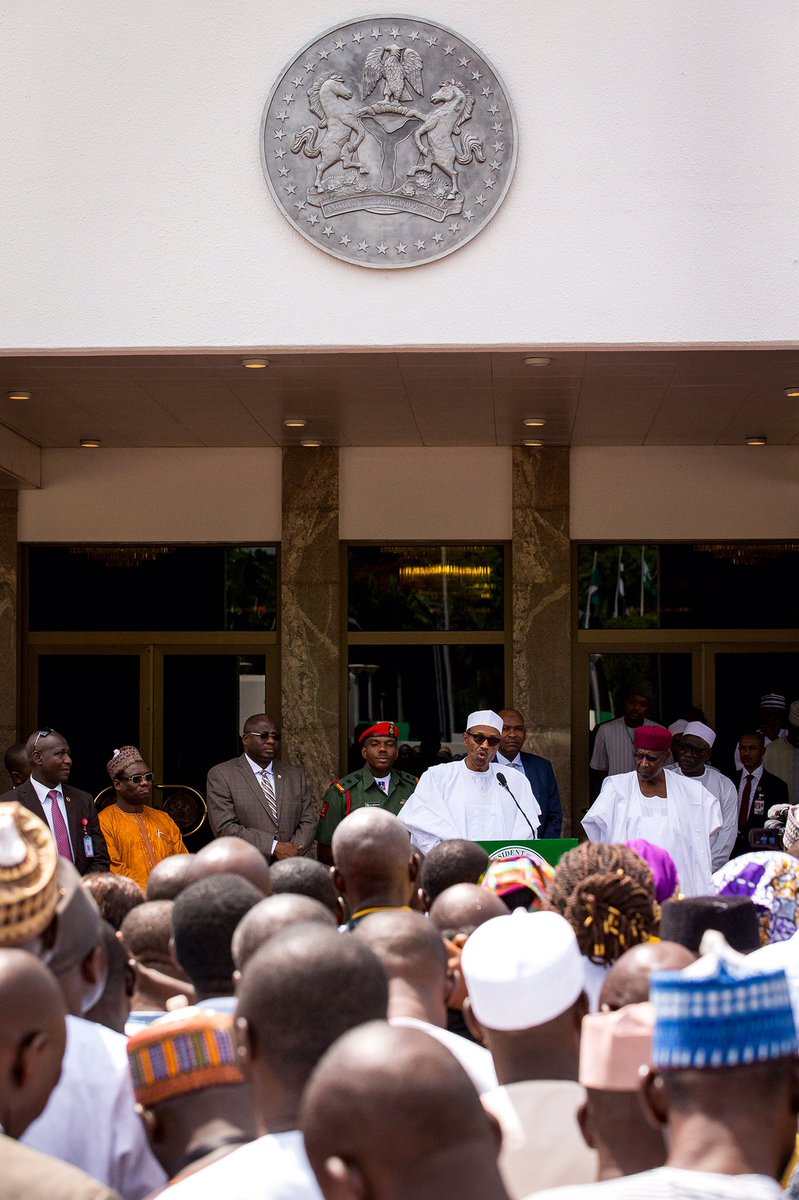 However, some Nigerians mocked the cleric on social media, saying he should have known that the President was not the ‘messiah’ the country needed before supporting him during the 2015 presidential election campaign.

Mbaka had in 2015 prophesied the defeat of ex-President Goodluck Jonathan, who he urged Nigerians to reject.

On Tuesday, the respected cleric shocked many when he said that Nigerians would not vote for Buhari in 2019 unless the President addressed the socio-economic challenges facing the county.

In the message that is currently trending, Mbaka said there was too much suffering in the country and faulted the President for not appointing the right persons.

Musa, who spoke with our correspondent on the telephone, said the President could only win the 2019 election through rigging, which he said would plunge the country into crisis.

He said, “If the challenges facing Nigeria are not addressed, Buhari will lose in 2019 except he rigs the election. And that will be dangerous for the country.”

Another northern leader, Yerima Shettima, said the President was fast losing the goodwill that gave him electoral victory last year. He noted that the Buhari administration had lost focus, which had led to abject poverty and suffering for Nigerians.

Shettima, who is the President of the Arewa Youth Consultative Forum, said the President shunned the counsel of honest Nigerians at the risk of his goodwill and future electoral value.

He said, “The level of poverty is extremely high and it is worsening. People have advised him, but he refused to heed good counsel. His goodwill has nosedived.

“What we have seen is different from the expectations of the masses. People sacrificed so much to ensure that he emerged victorious at the poll. But what we have seen is appalling. Personally, I have stopped advising him because he does not listen.”

The National President, Ohaneze Youth Council, Mr. Okechukwu Isiguzoro, told our correspondent that Mbaka spoke the minds of the people in the eastern part of Nigeria.

“I don’t know what the South-West and the North think; but Mbaka’s statement is the voice of the Igbo. The reality is everywhere. There is suffering everywhere; people struggle to feed. There is hunger in the land because of the President’s poor handling of the economy,” he added.

A Lagos-based lawyer and human rights activist, Liborous Oshoma, compared the waning goodwill of Buhari to the challenge ex-President Jonathan faced, leading to his loss to Buhari in 2015.

Oshoma said, “What Mbaka said is the reality. People who overwhelmingly cast their votes for Buhari last year are beginning to have a rethink. People saw him as the messiah Nigerians had long waited for. However, what we have seen is not what we expected.

“We should not forget that Jonathan had a similar support in 2011, but he blew it. Now, Buhari is gradually blowing away his. If he does not address the current challenges, even his party, the All Progressives Congress, may pay for his inaction.”

Mbaka’s bold message also provided an opportunity for Buhari’s opponents at the poll to assess his administrative style.

For instance, Remi Sonaiya, who contested on the platform of the KOWA Party, said a natural democrat could have managed the challenges confronting the country better.

She said, “There is no doubt that there are general problems. Part of the issues people have raised about the President is that he does not react quickly to issues, and that his military background is affecting him.

“Perhaps, somebody with a different background could have handled the issues differently and better. The President has just put together an economic team. One wonders why it took him over a year to do that.”

Yakubu Gowon: I Became Head of State By Accident of History