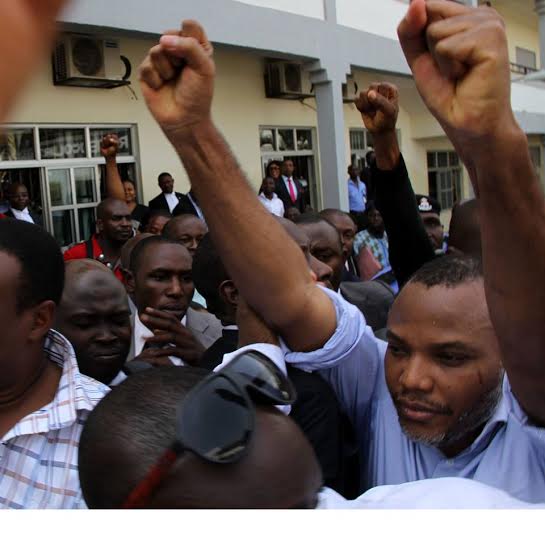 The Movement for the Sovereign State of Biafra, MASSOB, Sunday, lash out on the Federal Government and the Movement for the Emancipation of the Niger Delta who are currently engaged in a dialogue to end renewed bombing in the oil-rich Niger Delta describing their condition to free detained Director, Radio Biafra, Nnamdi Kanu, as laughable.

MEND had in a statement weekend through its spokesperson, Jomo Gbomo, said that it proposed to the Federal Government,” the release of Indigenous People of Biafra, IPOB, Nnamdi Kanu, on the condition that he renounces the agitation of Biafra Republic” as resolutions to end the revolts in the south-east and south-south geopolitical zones.

But frowning at the resolutions from MEND, the Leader of MASSOB, Uche Madu,in a statement signed and made available to newsmen in Enugu yesterday,insisted that the agitation for Biafra Republic was hinged on self determination which has become a spiritual movement that cannot be quenched by any force.