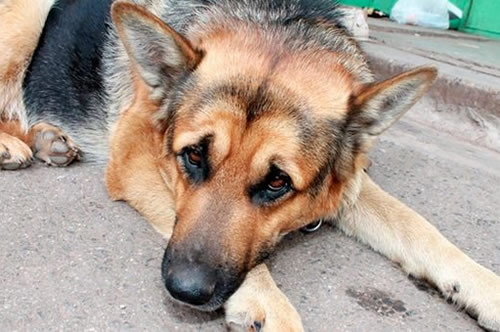 The Kastina State Police Command is holding a family of five in its custody for allegedly feeding a day-old baby boy to a dog as meal.

Punch Newspaper reports that the suspects include 15-year-old Wosila Halilu, her three stepbrothers and her mother.

It was alleged that Wosila, who is the mother of the baby, got pregnant after she was raped by a 27 year-old farmer, Musa Garba.

She alleged that the farmer lured her into his farm where he committed the act.

Police sources said the family viewed the pregnancy and subsequent delivery of the baby as shameful, since she was not married.

They, therefore, held a meeting where it was alleged that Wosila’s mother and her step brothers decided that the baby should be fed to a dog.

The village head of Saika, known as Dakacin Seika, reported the incident to the police, leading to the arrest of the family and the the farmer.

Garba is in police custody for alleged rape.

The culprits were brought before a Kastina Magistrate Court on three count of culpable homicide, criminal conspiracy and rape. The prosecution said the offences were in contravention of sections 235, 387 and 85 of the Penal code.

Magistrate Nura Ladan ordered further investigation into the incident. He directed that the suspects be remanded in police custody until the case comes up for further hearing on August 8, 2016.