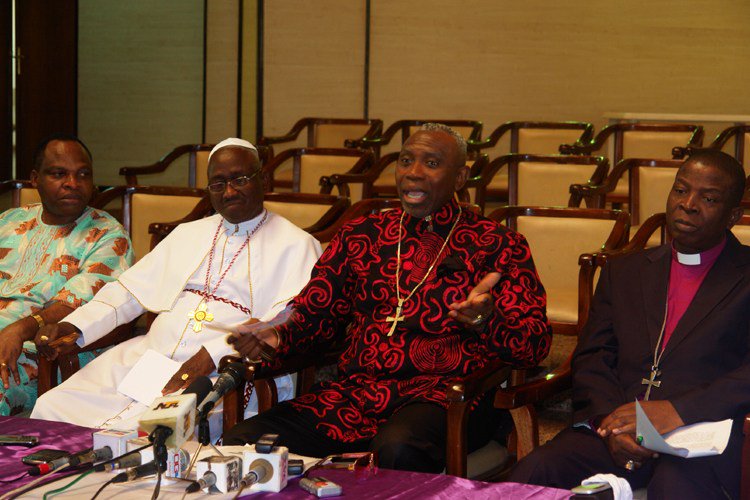 The National leadership of the Christian Association of Nigeria (CAN) has called on Christians to be ready to defend themselves against the background of the alleged killing of Christians across some states especially the recent killing of Mrs. Eunice Elisha for preaching the gospel of Jesus Christ. CAN noted that “Authority’s inaction is becoming unbearable and may not be tolerated anymore”

CAN in a statement issued in Abuja by the General Secretary CAN, Rev. Musa Asake, called on Christians to remain law abiding, “The unprovoked attacks on Christians and the authority’s inaction is becoming unbearable and may not be tolerated anymore, inasmuch as we will continue to call on Christians to remain tolerant and law abiding, it is becoming inevitable to also call on them to buckle up and be ready to defend themselves against these incessant unprovoked and mindless attacks.” The statement reads in part:

“The National leadership and the entire members of Christian Association of Nigeria (CAN) have received with rude shock and disbelief the report of yet another religious hatred murder of a dedicated 42 year old Christian mother of seven children, Mrs. Eunice Elisha, who on Saturday 9th July, 2016, was brutally killed while doing Christian evangelism.

“Mrs. Eunice Elisha was murdered in Kubwa area of Abuja, FCT, in the early hours of the day. Her neck was slashed and she was also stabbed in the stomach. About a month ago in Kano, Mrs. Bridget Agbaheme, a 74 year old Christian was murdered at Wambai market due to an altercation with a Muslim man who came to the front of her shop to perform ablution. Her offence was that she objected to the Islamic washing rite in front of her shop.

“Just last week a clergyman of the Evangelical Church Winning All (ECWA) Reverend Zakariya was killed by attackers suspected to be Fulani Herdsmen in Obi LGA of Nasarawa state. They attacked him on his farm, cut off his arms and legs, then they chopped his head with a machete. Another fresh but sad news reaching us is that of the Fulani herdsmen militia that is back on rampage killing 81 people in multiple attacks in Logo and Ukum local government areas of Benue state in central Nigeria.

“In recent times, there have been multiple cases of attacks by Fulani herdsmen on various Christian communities, all over the nation. In the South East and in the South South zones, there have been gruesome attacks on IPOB members and on Christian communities in the Niger Delta. All these are in addition to the relentless attacks of Boko Haram and Fulani herdsmen in the Middle Belt and southern Borno.

“The recurring decimal of violence and murder of innocent Nigerian citizens on the basis of religious intolerance demands specific and relevant response from all concerned citizens in the country more so when the government in power seems to have adopted an attitude of lukewarm response to the evils being perpetrated in Nigeria in the name of religion.

“The discrimination against non-Muslims in Nigeria under the Buhari Administration is assuming a dangerous dimension that should not be left to the vagaries of time and circumstance to resolve.

“You will agree with me that with these happenings and the lukewarm attitude by the authorities concern toward putting an end to it, Nigeria is dancing a macabre dance of death, both for the nation and for its citizens. It is time to stop the beat and let common sense guide the nation out of the present quagmire. A stitch in time saves nine.

“Before the situation escalates into an unmanageable national crisis, the Christian Association of Nigeria (CAN) is calling on the authorities both at the states and federal to do everything possible to bring the perpetrators to justice if the confidence of Christians on this government must be maintained.”