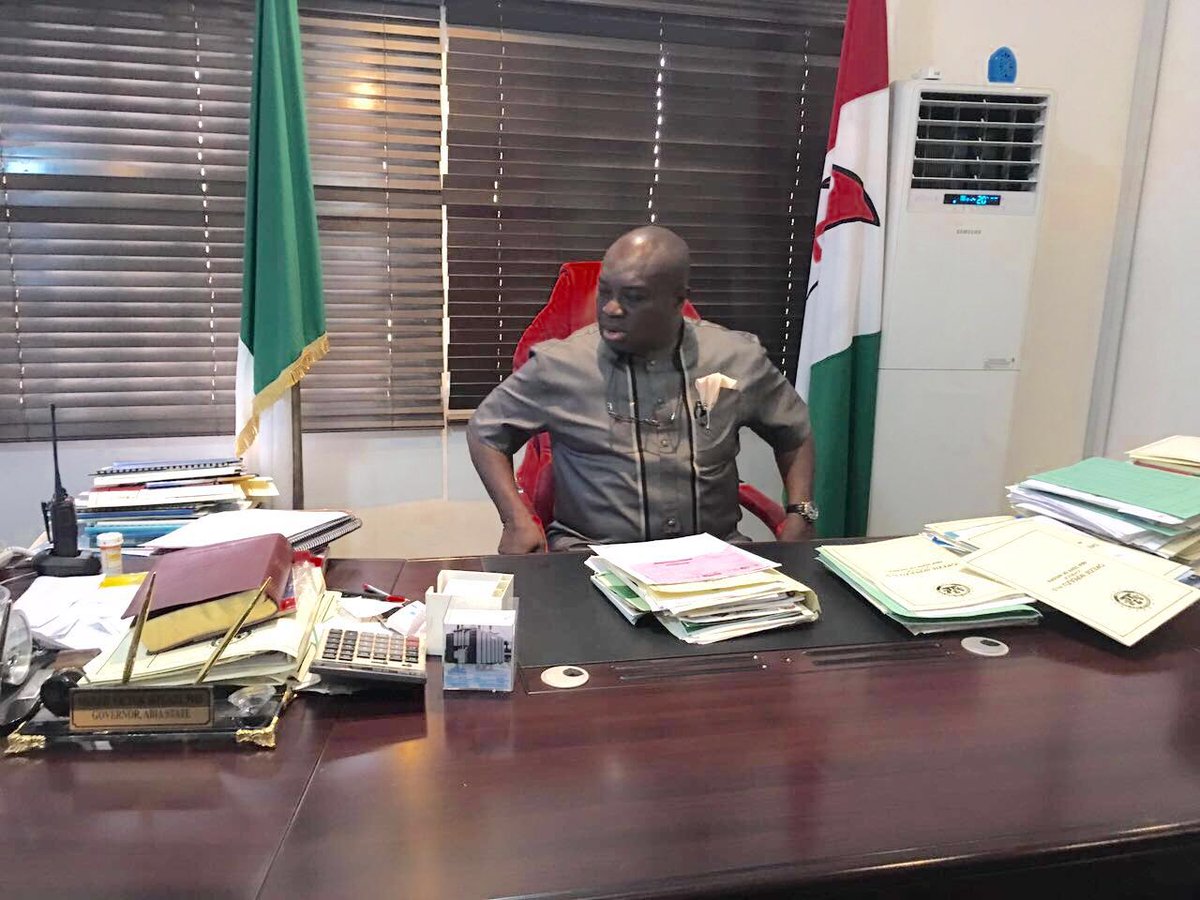 On Monday, June 27, a Federal High Court in Abuja sacked Ikpeazu for allegedly submitting false information to his party, the Peoples Democratic Party (PDP), ahead of the party’s governorship primary election in December 2014.

Justice Okon Abang ordered the Independent National Electoral Commission (INEC) to immediately issue a certificate of return to the plaintiff, Uche Ogah, who polled the second highest number of votes in the primary election.

See photos of the governor in his office earlier today, Published by Sam Hart, aide to the governor.:

He (Ikpeazu) insisted he remains the governor, declared a two-day holiday and immediately approached a Federal High Court in Owerri who gave him a favourable judgement.