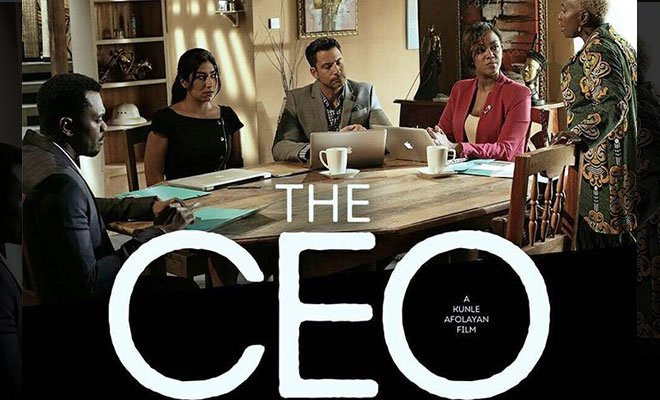 With the movie already premiered aboard an Air France flight from Lagos to Paris to a select few, Nigerian filmmaker, Kunle Afolayan is set for the official grand premiere of his new movie, The CEO.

The mind-blowing thriller which focuses on the mystery surrounding the death of three top executives, who are part of a leadership retreat organised by a multinational telecommunications firm to choose a new CEO.

The last two surviving executives then became grand suspects in connection with the mysterious death of their colleagues.

The movie once again brings the brilliance of Afolayan into perspective. His movies,October 1, Phone Swap and The Figurine, have all enjoyed successes as well.

Ghollywood Actor, John Dumelo Explains Why “All” Women Want A Share of Him

Peter of Psquare Threatens Legal Actions Against His Brothers, Paul And Jude