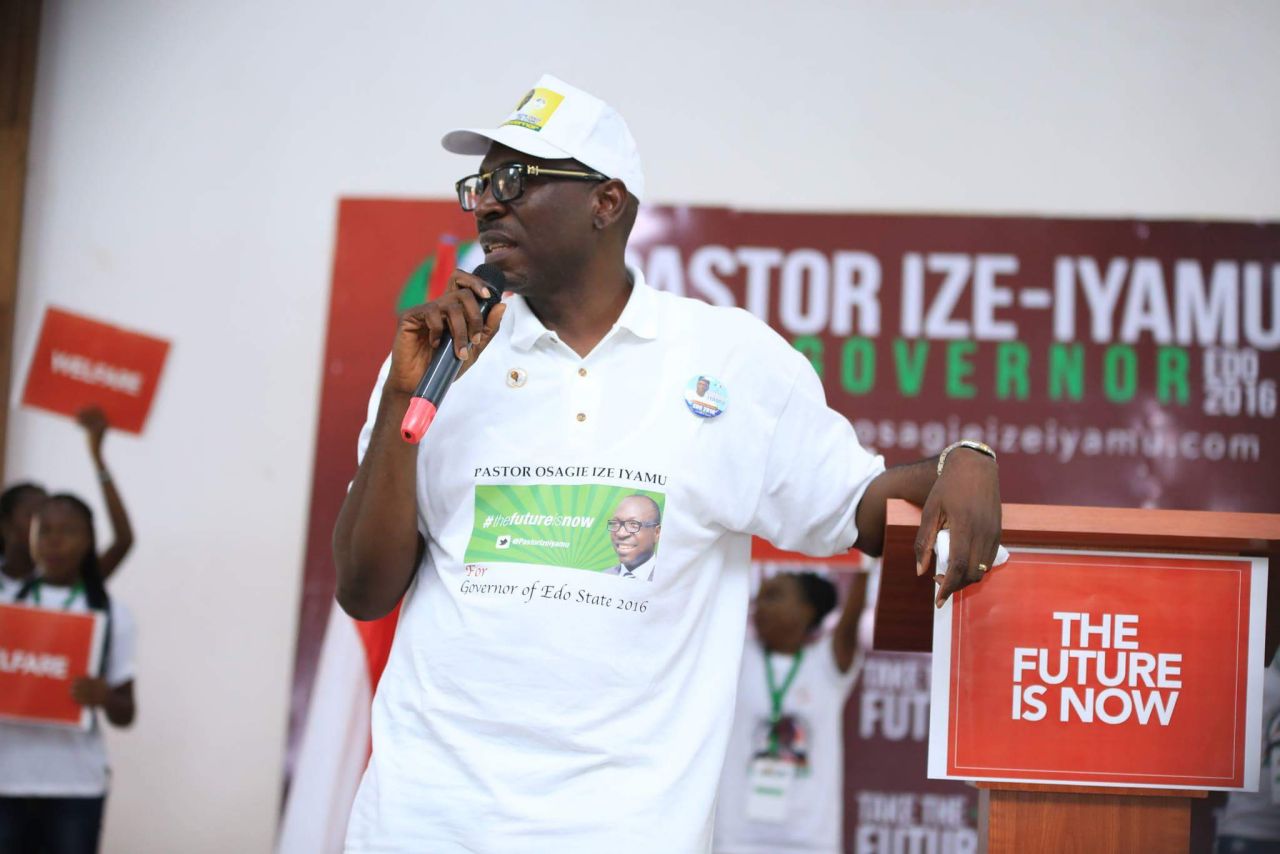 Former secretary to the Edo state government, Pastor Osagie Ize-Iyamu has declared his intention to contest the forthcoming Edo governorship election on the platform of the Peoples Democratic Party (PDP). Ize-Iyamu purchased the N16 million nomination form at the PDP state secretariat on June 9th, 2016, becoming the first aspirant to do so.

Escorted by a throng of supporters, the aspirant was received at the secretariat by party chairman, Dan Orbih, who advised him to conduct a campaign based on the serious issues affecting the people of the state. 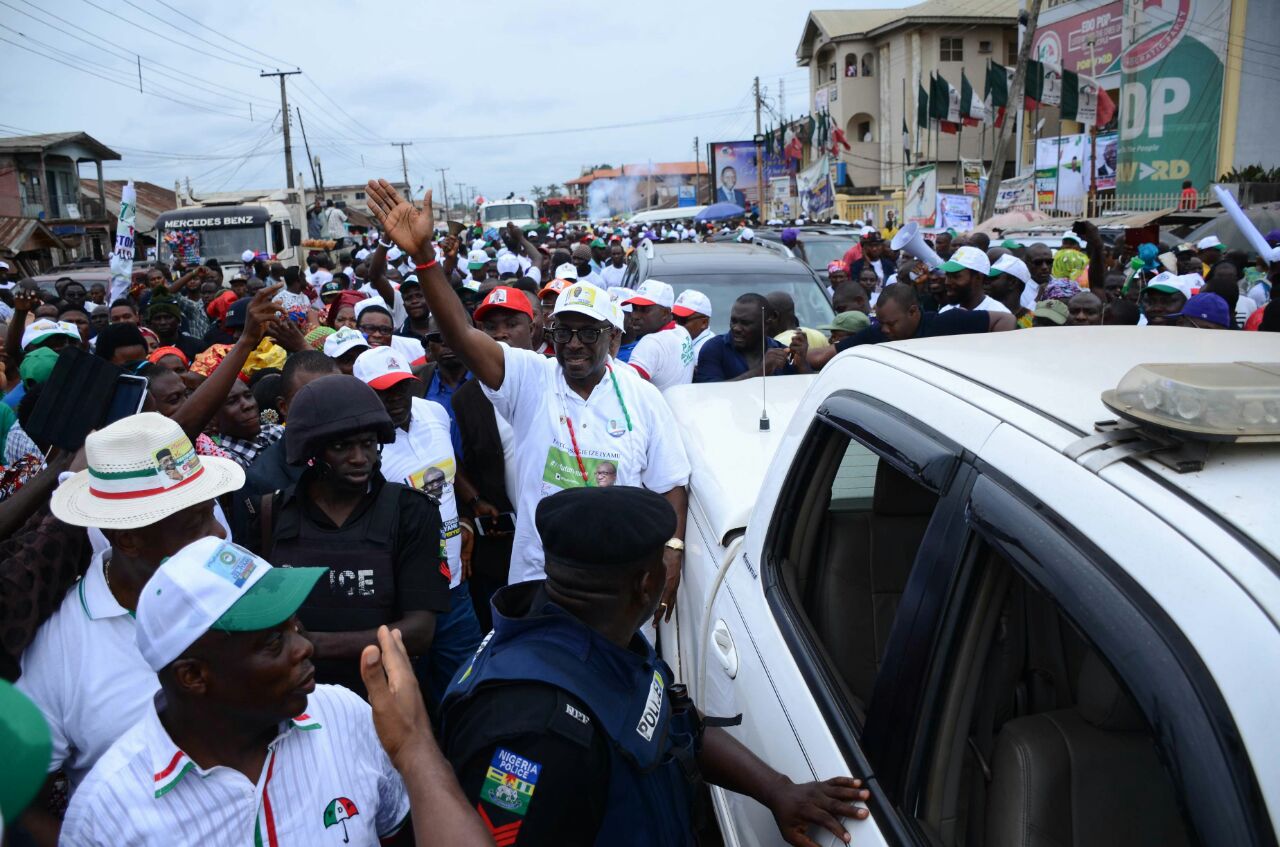 Ize-Iyamu assured the chairman that his conduct will dignify the party at all times. “The journey to reclaim Edo from the tyrant that has held the state hostage has began,” he said. “We elected a government without vision and agenda. We must change the change that has brought poverty and hardship upon our people

From the secretariat, Ize-Iyamu and his supporters marched to the Emporium Events Centre in Benin, the state capital, where he officially launched his campaign and unveiled his manifesto, tagged “SIMPLE Agenda.”

The aspirant explained to thousands of his supporters in the packed hall that SIMPLE was an acronym which represented Security/Social Welfare, Infrastructural Development, Manpower Development, Public Private Partnership, Leadership by Example and Employment opportunities/Empowerment. 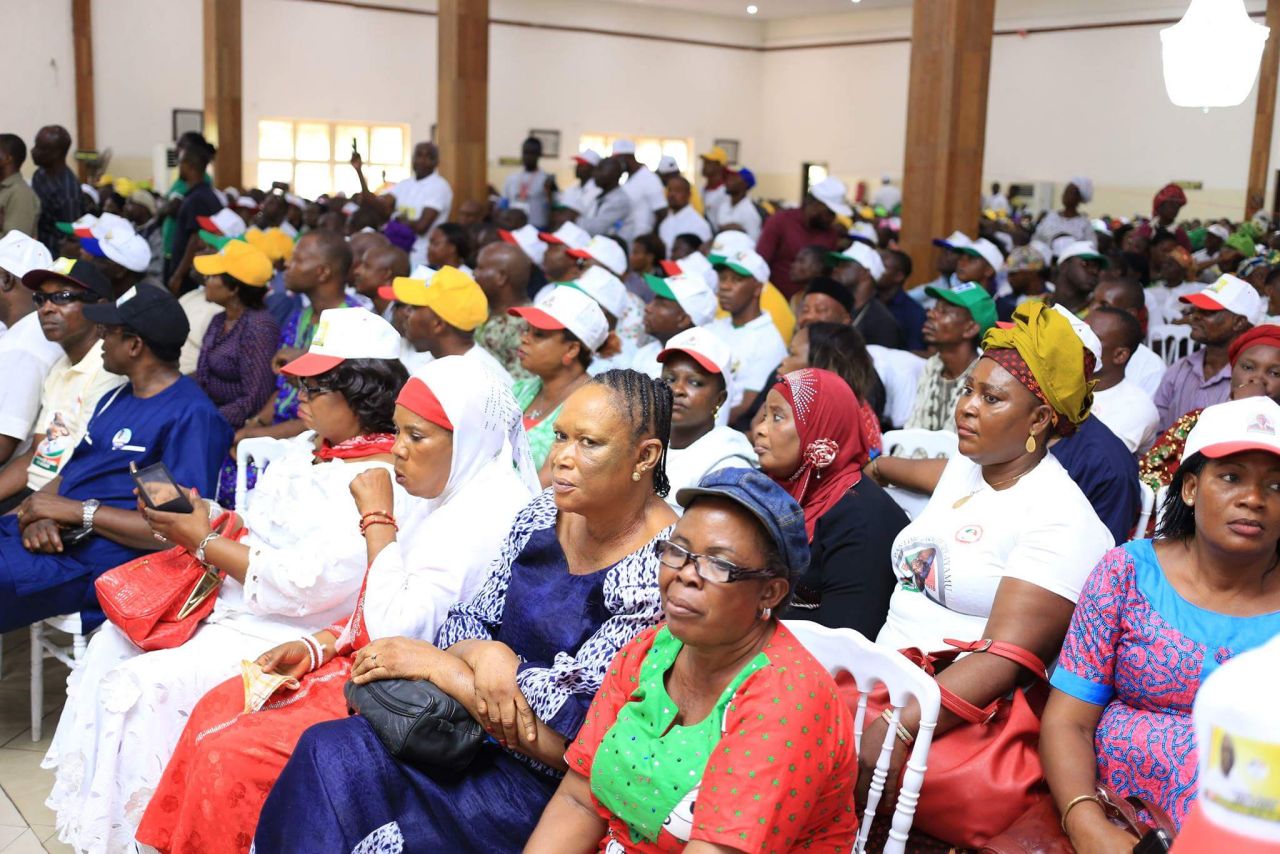 While promising to run an all-inclusive government if he wins the PDP primaries later this month and the state election in September, Ize-Iyamu berated the Gov. Adams Oshiomhole led government of developing only a part of the state.

“Everybody has something for him in the agenda,” Ize-Iyamu said.

In a direct jab at Gov. Oshiomhole who attracted criticism in 2013 when he told a widow to “go and die”, Pastor Ize-Iyamu said that “Edo will no longer have a government that will tell our women to go and die.”

The PDP aspirant accused the incumbent APC administration of deceit and stealing. “This government, under the guise of doing infrastructure, has stolen so much money. The cost that the government put for so many projects is almost ten times the actual cost,” he said.

Ize-Iyamu drew the largest cheers at the event when he broke into a song by reggae icon, Bob Marley, which he said came to his mind when he saw the young people who accompanied him from the PDP secretariat to the venue of the declaration. “Emancipate yourself from mental slavery; none but ourselves can free our minds,” he sang, as the crowd joined him in the ‘Redemption Song’.

Concluding his speech, Ize-Iyamu said, “Our State cannot be left the way it is. We cannot continue in lamentation and suffering. Now is the time to change the unfortunate change. And the future they have always told us to wait for is not in another time; it is not in another election; it is now. This is what I represent and it is what I present to you; take it!” 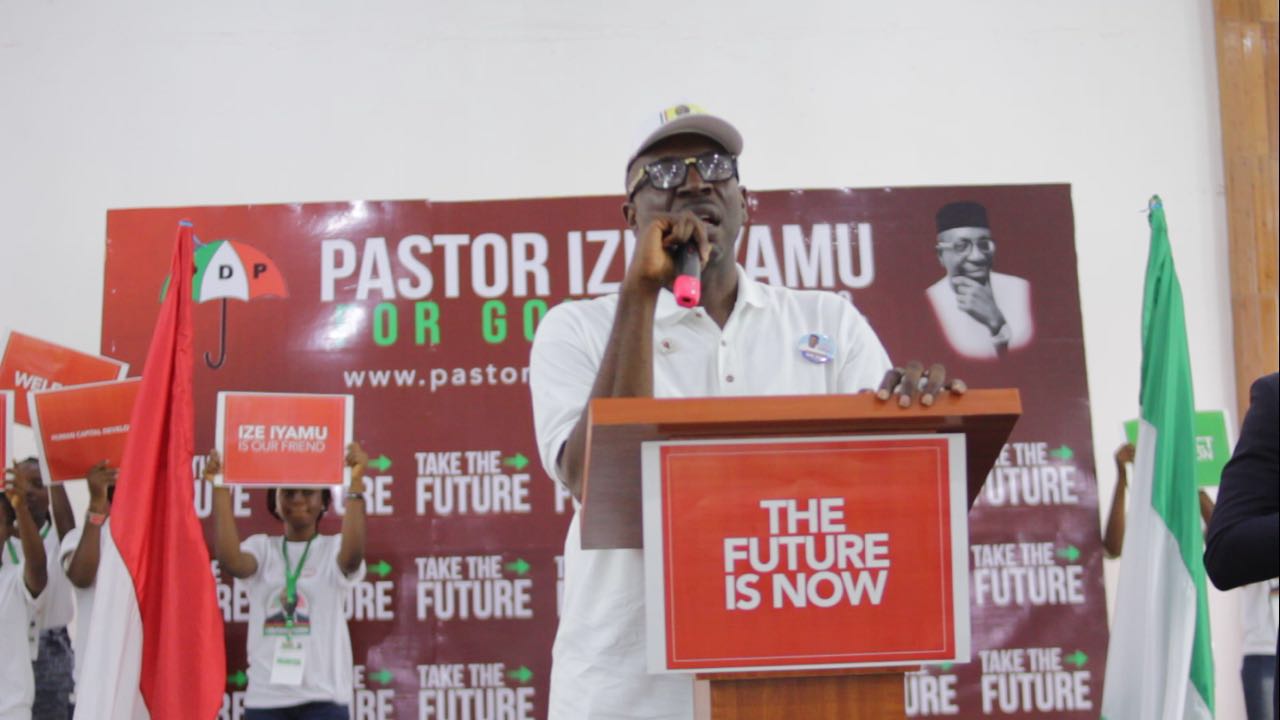