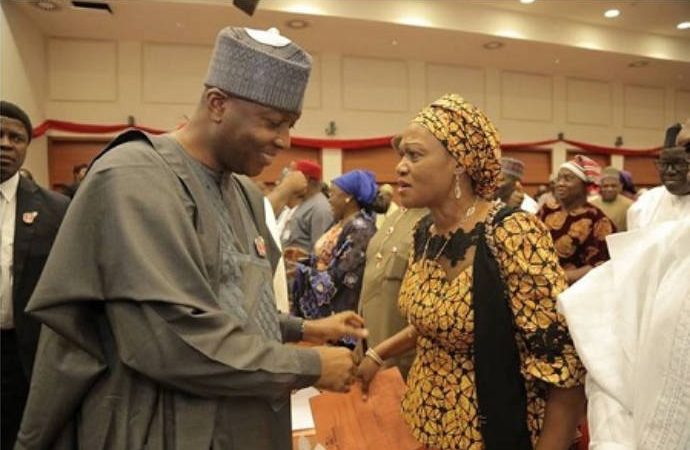 A mild drama ensued at the Senate plenary session on Thursday as Senator Oluremi, the wife of a National Leader of the All Progressives Congress, Asiwaju Bola Ahmed Tinubu, accused the President of the Senate, Dr. Abubakar Bukola Saraki, of demoting her.

The drama began when Saraki called on Tinubu to second the adoption of votes and proceedings of Tuesday, but asked Senator Andy Uba to move the motion

Senator Tinubu, protested, accused the Senate president of demotion because ?she is a better senator than Uba

Tinubu said: “I will second it grudgingly.

“I won’t thank you for demoting me.

“I was a better senator than him even when we were at the Seventh Senate.

“But I will second the votes and proceedings.”

Both Tinubu and Uba came into the Seventh Senate together although the Anambra State Elections Petitions Tribunal cancelled Uba’s election.

But he won the rerun election.