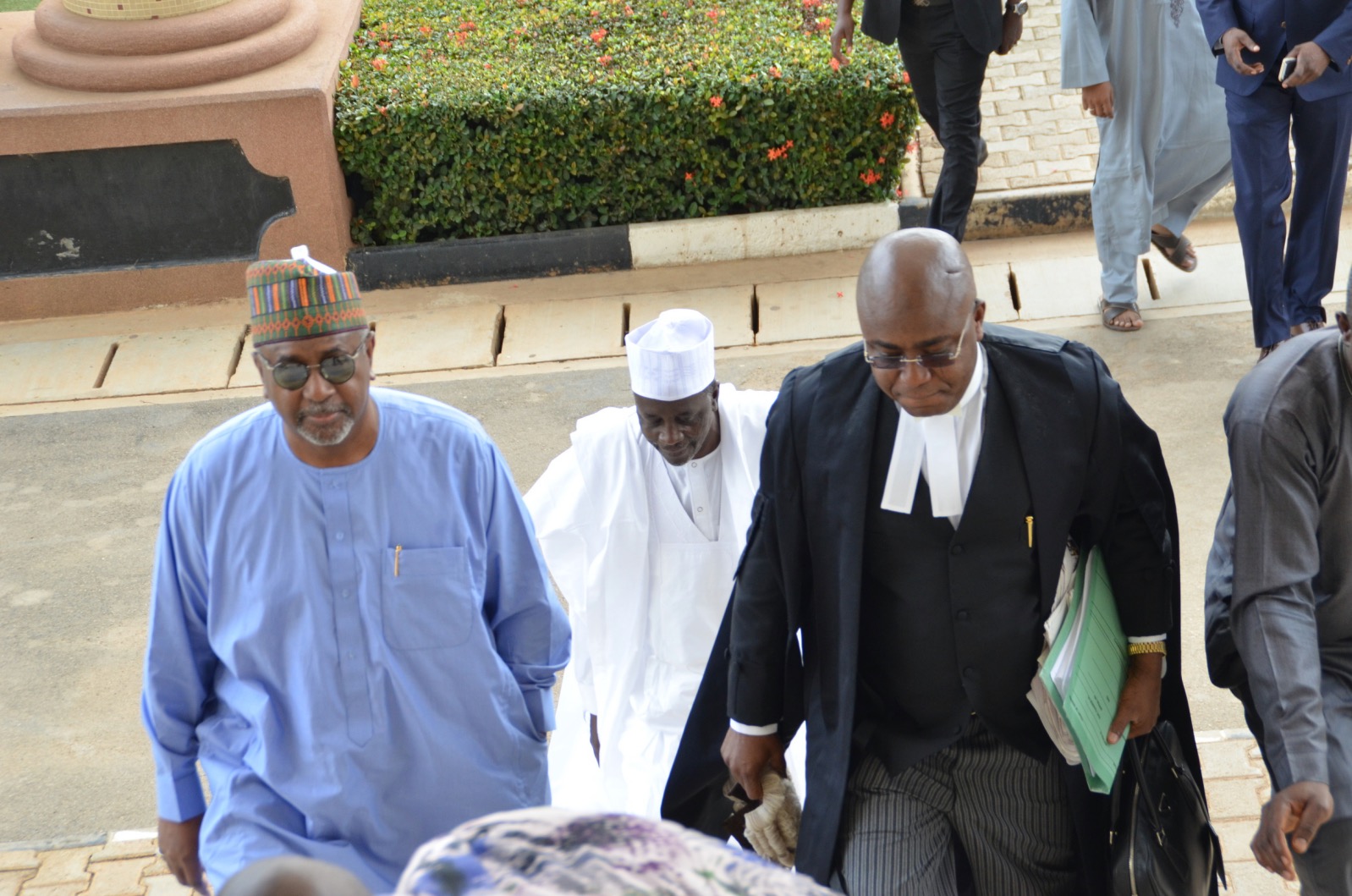 For the third time, the Federal Government has been ordered to allow the detained former National Security Adviser, Colonel Muhammad Sambo Dasuki to have unhindered access his lawyers for consultation and briefing in order to allow him prepared adequately for his trial.

The court also granted one-month permission to former Governor of Sokoto State, Alhaji Attahiru Bafarawa who is standing trial along with Dasuki to go to Mecca in Saudi Arabia to perform the Lesser Hajj.

In the latest order an Abuja High court ordered that Dasuki must be released to his team of lawyers for 8 working days to take briefing from him and prepare for the trial in the criminal charges filed against him by the Federal Government.

Justice Peter Affen who issued the order in Abuja today directed that the operatives of the Department State Security Service (DSS) who had been detaining the ex-NSA since December last year after being granted bail by three courts, must bring him to his lawyers within the premises of the FCT judiciary headquarters.

It would be recalled that similar orders had been made by Justice Adeniyi Ademola of the Federal High as well as Justice Baba Yusuf of an Abuja High Court for the same purposes due to complaints of denial of access to lawyers by Dasuki even after all of them had granted bails.

The security agents are by the fresh order to make Dasuki available to his legal team being led by Mr. Joseph Daudu SAN as from June 13, to June 22, 2016.

The briefing which must be confidential will hold in the appointed days between 9am to 4pm every day.

Ruling in an application by Dasuki, in which he complained that he has been denied access to his lawyers in spite of the charges filed against him, Justice Peter Affen said that it is in the interest of justice that the defendant must be allowed to have access to the lawyers of his choice as required by law and in the interest of fair trial.

The Judge noted with joy that the lawyers in the matter consented that the ex-NSA deserved to be made available to his legal team for the purpose of making adequate preparation for his defence in the criminal matter.

The Federal Government counsel, Mr. Rotimi Jacob SAN had vehemently objected to the request of Dasuki for access to his lawyers.

The counsel claimed that there was no evidence before the court that Dasuki’s lawyers made any attempt to visit the headquarters of the DSS to take briefing from their clients, adding that the request was a ploy to delay the trial. Jacobs prayed the court not to indulge the defendant in the request as doing so would further delay the trial.

However, Justice Affen disagreed with him in the ruling, adding that it is in the interest of fair trial and constitutional matter that an accused person must be allowed unfettered access to the legal practitioners of his choice in other to prepare his defence.

The judge said that in the instance case, the defendant who is being detained by the DSS on behalf of the federal government had made it clear that he was being denied access to his already chosen legal practitioners and asked the prosecution to in the interest of Justice comply with the new order on accessibility to the counsel by Dasuki.

Meanwhile, former Sokoto State governor, Attahiru Bafarawa who is standing trial along with Dasuki had been granted permission by the court to travel for lesser Hajj in Saudi Arabia to perform this year lesser Hajj otherwise known as Umra.

Justice Affen granted the permission following a motion to that effect by Dasuki’s lawyer, Prince Latif Fagbemi SAN and which was not opposed by the protection counsel.

The Judge ordered the travel document be released to Bafarawa by the Registrar of the court while the applicant was granted permission to perform the Lesser Hajj between June 5 to July 5 this year.

Justice Affen then adjourned the matter till July 14 and 15, 2016 for definite trial at the instance of counsels in the matter adding that he would not take any excuse from any of the parties in the matter.